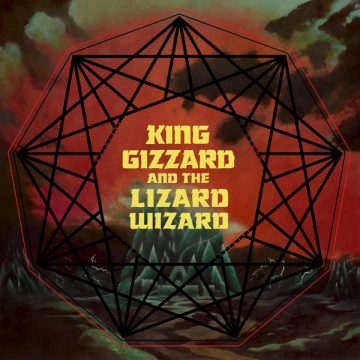 For the last few years, King Gizzard And the Lizard Wizard have been expanding their sound past the lo-fi sound they made their name with. In 2015 they released two outstanding LPs: Quarters and Paper Mâché Dream Balloon, both of which broke new ground for the band. They dabbled in Beach-Pop, Raga Rock and even Bossa Nova Jazz.

Their latest album, Nonagon Infinity, finds them returning to their grungy roots. This time, however they’ve added an extra little twist. All nine tracks on the album flow seamlessly into the next, sounding like one long jam session, drawing parallels to the ambitious Grateful Dead album, Anthem of the Sun.

Each track blends well together and could almost be mistaken for one long song until the fifth track, “Mr. Beat,” which takes the intense vibe of the album down a notch. Its groovy backbeat and psychedelic organ licks wouldn’t feel out of place on an early The Doors album. Songs like “Invisible Face” and “Wah-Wah” also have their slower moments, the latter often sounding like a stoned version of the Rodgers-Hammerstein standard, “My Favorite Things.”

The album kicks up again with “Evil Death Roll,” an evocative fuzzed-out tune. The longest song on the album, it explores many different territories. It may be the closest thing that captures the essence of an acid trip ever recorded, with its dense layers and rich instrumentations.

It’s a much darker album than King Gizzard’s last few. Even when comparing the album artwork to their previous release, Paper Mâché Dream Balloon, which features clay figures playing instruments in a field on a sunny day. Nonagon Infinity in comparison looks like a painting of the underworld and the music sounds like it too (in a good way, of course). In their latest video single for “Gamma Knife,” we see King Gizzard dressed in black robes performing a garage rock séance, which sums up the record’s dark aura.

Nonagon Infinity once again finds King Gizzard And The Lizard Wizard at the top of their game as they blend fuzzy ‘60s licks with the occasional soft psychedelic groove.

As a child growing up in the suburbs, Ryan found music as a way to soothe his boredom. After first hearing AC/DC at the age of 10, he was hooked on music. Tracing its roots to the ‘50s, he became obsessed with Elvis, Buddy Holly and Chuck Berry. Somehow that led to grunge, then psych-rock, then jazz, etc. The list goes on and on and his collection of vinyl records continues to grow.
RELATED ARTICLES
album reviewsato recordsevil death roll
9.0