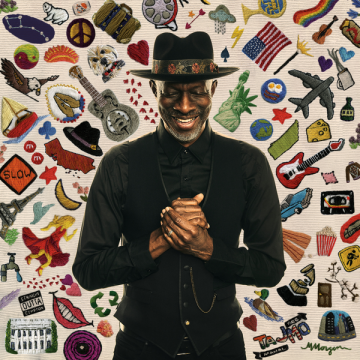 It goes without saying that Keb’ Mo’s reputation as an influential and talented modern-day blues and Americana performer is well-established. He has four Grammy Award wins and almost 20 albums to his name, most recently being awarded a 2017 Grammy for his collaboration album with Taj Mahal entitled TajMo. And while his voice is as clean and true as ever, his sense of melodic construction as clear, there are moments in Oklahoma that just don’t work.

The first signs of trouble come early, second track “Oklahoma” delivering some almost cringeworthy lyrics in which Keb’ attempts to make clear his admiration for the state.

“Meet me at the rodeo/
Saddle me up/
Gonna let everybody know/
That when the going gets rough, we get tough”

It’s a particularly unfortunate verse, but the song as a whole seems constructed on a similar ideology. “This Is My Home” goes all-in on saccharine heartstring tugging with the end results as unfortunate as the song that precedes it. In theory a song about the perception of the USA as the ‘land of the free’ that affords immigrants a wondrous new start, the result is something almost nauseatingly simple that feels far too reminiscent of “Jack & Diane” but with the lead characters replaced by immigrants from Mexico and Pakistan, two nations that have troubled relations with the USA, politically and socially. There is no doubt that the intentions behind such songs can be celebrated, but the follow-through is poor.

Thankfully, the majority of the album avoids similar traps, even when the tempo slows again with tracks like “The Way I”, a song filled with memorable softness and warmth. The true standout moments come when Keb’ settles back into his strengths of soulful vocals on top of instrumentation that feel authentically American and built around blues aesthetics. “Ridin’ On a Train” and “Cold Outside” are the best examples, both coming in the latter half of the album. Perhaps with some restructuring of the tracklist, hiding tracks 2 and 3 later in the album or sandwiching them between stronger songs would have allowed for better first impressions.

Br. lives in southern Ontario, grew up on The Beatles and The Journeymen, spent his adolescence immersed in grunge, and his adulthood in British alternative. His greatest joy is seeing his son dance and grow into his own appreciation of the indescribable joy of music...
RELATED ARTICLES
album reviewalbum reviewsconcord records
9.0