SPILL ALBUM REVIEW: JARV IS… – BEYOND THE PALE 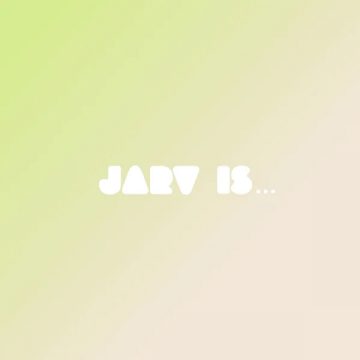 Jarv Is…
Beyond The Pale
Rough Trade

Were it not for the fact that it was recorded throughout 2018 and originally never intended to be released as an album, Beyond The Pale may well be the perfect soundtrack for 2020. Jarv Is… is the latest Jarvis Cocker project, a band formed primarily to take part in the Sigur Ros-curated Norður og Niður festival in 2017. The idea behind the project was to only ever play live, composing and fleshing out songs in front of an audience. The shows the band played were recorded, but not intended for release and existed solely to keep tabs on how songs were taking shape. A nudge from Geoff Barrow of Portishead convinced Cocker that the recorded material they had would provide a good basis for an album. As Cocker says, the end product “is not a live album, it is an alive album.”

The accidentally-prophetic nature of the record is evident immediately with the opening line, “take your foot off the gas because it’s all downhill from here”. What was presumably intended as tongue-in-cheek first words to appease any critics also serves as a comment on the current state of the world in light of a global health crisis and anxiety-inducing political tensions. “House Music All Night Long” could serve as the ultimate work from home lockdown anthem – “Saturday night cabin fever in house nation/this is one nation under a roof”.

“Swanky Modes” is a ballad centering around the apartment above a clothes shop in pre-gentrification Camden. “Must I Evolve?” takes us on a weirdly sexy journey from the Big Bang to living in caves to dancing at raves. The urgency and racing pace of this track is never quite matched on the rest of the album and where its six and a half minutes breeze by, it is followed by the weaker and plodding “Am I Missing Something?” Although the average song length is around five minutes, this is the only one that feels as though it drags. Otherwise, there are enough interesting arrangements throughout Beyond The Pale to keep us engaged.

It wouldn’t be fair to describe Jarv Is… as merely an experiment, given the talent and commitment of all involved, however, as a concept it feels as though it’s only just beginning. The goal of creating something that feels alive is achieved, and even if it is reluctant to do so, it will be intriguing to see how Jarv Is… evolves.

SPILL ALBUM REVIEW: JARV IS… – BEYOND THE PALE

Kirsten Inneski was born and raised in Scotland but fled to Canada in 2016, settling in Toronto in order to have the opportunity to see bands who rarely, if ever, make it to the UK. If her mum asks, however, the official party line is "Kirsten moved 3000 miles away from everybody she knows and loves for the totally rational reason of pursuing career in her field of TV production". Inneski writes, daydreams about making music videos she will never have the budget for* and obsesses over music and comedy, all while trying to make pals with everybody. *Eccentric billionaires can hit her up on Instagram.
RELATED ARTICLES
album reviewalbum reviewsjarvis cocker
7.0