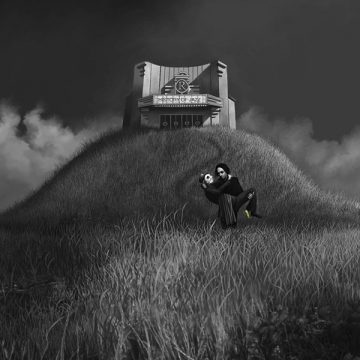 For some 20 odd years or so, from his opening salvo Mars’ Pennsylvania John Southworth has so far never made anything that would be less than very good. And since his last three albums-only efforts Niagara, Small Town Water Tower, and Miracle In The Night he has been upping the ante in inventiveness and quality of his art.

Why album only? Because his latest artistic effort (and you’d have to call it that) Rialto is a multi-disciplinary project that includes the album, a podcast that has been airing since mid-July, a novella, and will possibly include a theatre play too!

Yet, throughout the album, those familiar with his work can recognize both his inventiveness and melodicism, something that has always been one of his trademarks.

Southworth himself characterizes the whole project as a product of a dream that goes under the banner of ‘History of Jazz.’ Could be, but also maybe not. Makes no difference, as the music on Rialto simply wins you over.

The rest of the project is available at https://www.rialtoreel.com.

Formerly a lot of things, including a journalist and a translator, currently a freelance writer living in The Netherlands.
RELATED ARTICLES
album reviewalbum reviewstin angel records
9.0