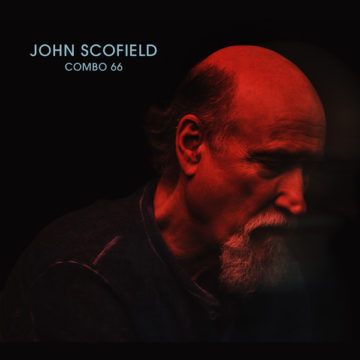 Opening with the upbeat swing of “Can’t Dance”, Scofield’s guitar tone – clean and crystal clear – cuts straight through the speakers like a fine blade. With a simple melody, he establishes the tracks theme and style before running into an impressive solo that weaves around his band seamlessly. Stewart proves to be the master of subtlety as he lays out a series of fills and rhythmic embellishments that dramatically shift the pulse of the song; however, in his hands they mearly add flavour as he keeps the track on course. Clayton’s organ is teased underneath it all with a tone that sounds as it if was pulled straight out of the ‘70s. When he gets his solo, he establishes himself as a player well rooted in classic jazz with a very modern style and approach to the instrument. The following number,

“Combo Theme” is a slightly darker number, a little slower, and a true education in dynamics as the band shifts from whispering lows to scorching highs. It is here where Scofield takes the back seat for a majority of the track to allow for his backing trio to shine. The musicianship heard across the album, but especially this song, is unbelievable, with each musician’s understanding and application of rhythm, melody, and harmony exceeding that of a masters. Whether it is the ripping pace of “Icons At The Fair” – which features an absolutely incredible trading of solos between Scofield and Stewart – the slow saunter of “Uncle Southern”, or the funky offbeat pulse and shifting measures of “New Waltzo”, Combo 66 fantastically and continually captures Scofield and his ensemble at their best, song after song.

Scofield has always stood out to his audience for his songwriting; taking the genre of jazz outside its expected parameters and delivering it in a unique and distinctive fashion. While this is abundantly present across Combo 66, it is interesting to hear him approach the creative process from such a traditional standpoint. Combo 66 is very much an album pulled from the classic jazz era of the 1950s with a subtle flair for Scofield’s own unique styling, making it among the strongest new jazz releases of the year.

A passion for music has always been a part of Gerrod’s life. As a young boy, he was raised on a steady diet of the music from The Chili Peppers, Aerosmith, The Stones, Prince, and others from his mum. Raised in the GTA, Gerrod continued to foster his love for music by attending a wide range of concerts and learning the drums. His unapologetic passion for music has no bounds and has spread to a wide variety of styles, whether it be the 90’s rock that sound tracked his teenage years, the jazz he studied in university, or his newfound love for hip-hop. He recently received his bachelors in music and education from York University and is passionate about writing and reviewing good (and less than good) music. Gerrod is also the drummer and songwriter for a Toronto based rock & roll band, One In The Chamber.
RELATED ARTICLES
album reviewalbum reviews
10