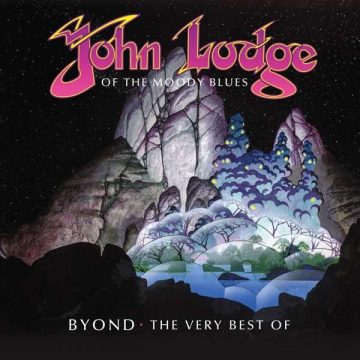 John Lodge
B Yond – The Very Best Of
BMG

I have to say, this is an odd one. John Lodge joined The Moody Blues in 1966 and has remained a member since. During the years, he has released two studio and one live album. He also released a few non album singles.  B Yond – The Very Best Of not only takes tracks from all three albums, Lodge has decided to remix a couple of old songs as well as rerecord older songs featuring his current touring band. This includes covers of classic Moody Blues songs, both from his live album (Live From Birmingham – The 10,000 Light Years Tour, 2017).

“Street Cafe”, for example, benefits from the rerecording. The original song, released as a single in 1980 (and later added as a bonus track on the Natural Avenue reissue) had the 1980’s sound and production. Here, the beauty and energy of the song comes through in a much stronger way.

Lodge also does his take on  “(Evening) Time To Get Away” (originally from the 1967 album Days Of Future Passed). Here the song does not benefit from the rerecording. It’s not that it is bad, it just has the listener wanting to hear the original. The same can be said for the live Moody Blues songs. They are good, but they really don’t improve on the originals. Seeing Lodge, solo, in concert performing Moody Blues songs works on many levels. However, as a live recording the songs have a hard time living up to the originals.

One rerecording that does work is “Legend Of A Mind”. It  originally appeared on  In Search Of The Lost Chord, and was written by Ray Thomas, who passed away in 2018. Here the song serves as a beautiful tribute to Lodge’s dear friend. It is quite beautiful to hear and a most suitable tribute. Also, the production and musicianship is flawless.

This is an interesting compilation. But what is clear is that more of his solo music should have been featured. Lodge’s solo albums are quite brilliant. It is interesting to note that there is his album with Justin Hayward (Blue Jays, 1975) is represented by a live version of  “Saved By The Music”. While it is a great version and a beautiful live recording, I would have rather the original studio version.

B Yond is a great introduction to Lodge as a solo artist. My only problem is that he does not represent his brilliant solo career well enough with this album. I would hope fans would go back to those albums, and discover for themselves how truly talented this man is as a writer and musician.. He sounds great and his bass playing is melodic and influential. Listen to two tracks included on his compilation, “In My Mind” (from 2017’s 10,000 Light Years Ago) or “Say You Love Me” (from 1976’s Natural Avenue). These are brilliant songs and can stand, quite easily, with any Moody Blues songs.

Born and raised in Whitby, Aaron discovered music through his love of The Beatles. This led to a career in radio, writing for various publications, and ultimately a radio show about The Beatles (Beatles Universe), which ran for over four years. When not immersed in music, Aaron enjoys spending time with the loves of his life -- his wife Andrea, and daughters Emily and Linda (all of whom have an intense love of music too).
RELATED ARTICLES
album reviewalbum reviewsjohn lodge
7.0