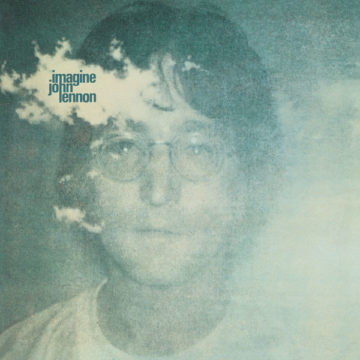 Imagine was originally released in 1971 and was credited to John Lennon and Plastic Ono Band, but in actual fact it was John Lennon’s second solo album, his first being Plastic Ono Band, released in 1970. That album made the top ten, but Lennon wanted the number one position, so he decided to approach his Imagine album a little differently and allow Phil Spector to utilize that famous wall of sound. The result was Lennon’s first solo number one album (he was actually the third ex-Beatle to hit that position) and it has become  one of the most iconic albums of the rock era. There is no argument that Imagine is a classic and is one of the most important albums of all time. In fact, Lennon himself had a very difficult time topping himself. He only had one more number one album while he was alive (1974’s Walls And Bridges), and none of his post Imagine albums achieved the same reviews as Imagine.

Now in 2018, Yoko Ono has decided to re-release Imagine, but now it is the Ultimate Collection. This is not the first time Imagine has been re-released, nor is it the first time unreleased Lennon tracks have surfaced, but it is the first time this album has received such an elaborate treatment. And elaborate is the correct work. Some of the versions found in this collection have been released before on various repackages, but there is plenty of new material to keep fans happy. 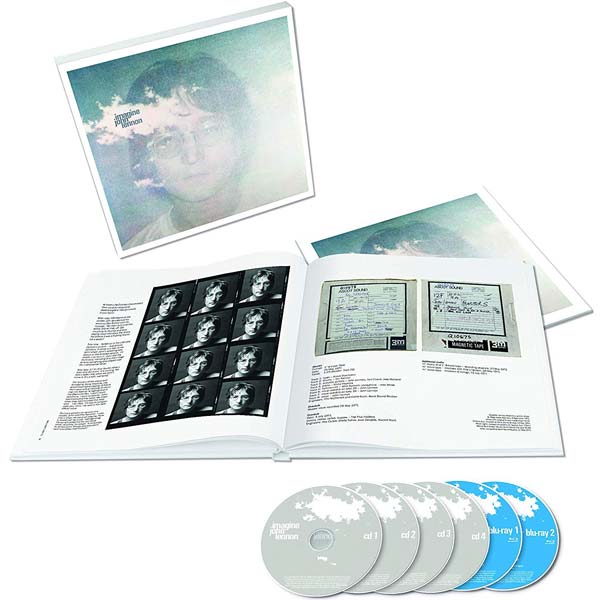 There are over 140 tracks spread over four CDs and two blu-rays/DVDs. Of course the album is there, newly remastered, and I must say to these ears it has never sounded better. Plus all the related singles released in 1971. It sounds great. By this time one must know every song on this landmark album. From the opening track, “Imagine” to the closing “Oh Yoko”, there is not a weak moment on this album. The bonus tracks run from classic hits (“Happy Xmas (War Is Over)”) to more obscure and underground songs (“Do The Oz”), but these songs were as important to Lennon as “Jealous Guy”.  “God Save Us” and “Do The Oz” were a single, released to support the legal issues of a British underground magazine (Oz), while “Power To The People” and “Happy Xmas (War Is Over)” were released as singles in 1971. The odd one here is “Well (Baby Please Don’t Go)” that was originally only available as a live track on the album Sometime In New York City and the studio version was later released on the posthumous collection Wonsaponatime (1998). This is a cover of the Olympics song, and was reportedly recorded for Ono’s 39th birthday. It is, perhaps, Lennon’s best ever attempts at rhythm and blues and is his best ever cover of a rock classic. For the record, this is the studio version and it sounds better than it did on the Wonsaponatime set.

The rest of the box set is a treasure trove. There is stuff here that has never been heard before outside of the studio, or by extremely avid and resourceful collectors. Different takes, edits, remixes, everything is here, including the rare quadraphonic (called ‘quadrasonic’)  remix of the album. Disc four, called “The Evolution Documentary” which demonstrates the evolution of the Imagine songs from demo to final version. It is an astounding opportunity to hear how the songs came together and allows the listener to be a fly on the wall. And it works.

The blu-ray features other mixes and some stunning documentaries. Gimme Some Truth (a documentary about the making of Imagine) and the film Imagine, uncut, which John and Yoko made to accompany the Imagine album and Yoko’s companion album, Fly. This makes its debut on blu-ray and it is a stunning visual.

Add to all this music a beautiful book, full of excellent text and never before seen pictures. The set is well put together and well thought out. This is an excellent example of what a deluxe, ultimate set can look and sound like. Ono has done an excellent job and taken a great deal of care. This is a classic album and deserves this treatment. On the down side, there are no live recordings following the release of the album, as he made two concert appearances in 1971. But this set focuses on Lennon’s studio work in 1971. Perhaps Ono will put together a box set of all of Lennon’s live appearances in their entirety in the future.

Quite frankly, it is nice to have new Lennon music to enjoy. Sure the songs have been heard but not in these versions. And the album Imagine has never sounded this good. I will keep my original Apple album, but this set shines a new light on the album Imagine. While fans will delight in the box set, casual fans may want to stick to the two-CD version, which features the album, bonus singles and highlights from the set, or just stick to the single CD version. The bottom line is, there are a number of versions from which to choose, not to mention two versions on vinyl.

Born and raised in Whitby, Aaron discovered music through his love of The Beatles. This led to a career in radio, writing for various publications, and ultimately a radio show about The Beatles (Beatles Universe), which ran for over four years. When not immersed in music, Aaron enjoys spending time with the loves of his life -- his wife Andrea, and daughters Emily and Linda (all of whom have an intense love of music too).
RELATED ARTICLES
album reviewalbum reviewsimagine
7.0