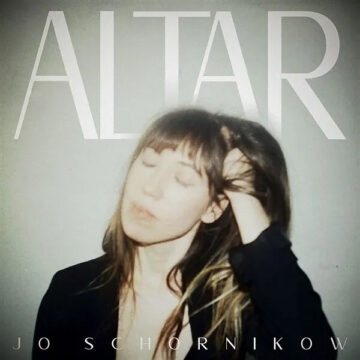 Whenever Nashville is mentioned along with the name of a musician/artist, listeners immediately get notions of country, or a bit more ‘daring’ epithet of an Americana singer.

In the case of Jo Schornikow, now a Nashville resident and her latest album Altar, they would be as close as one of the song titles here: “Wrong.” Well, not completely. Actually, music-wise this is one of the rare songs here that remotely gets close to country or Americana. This is mainly because Schornikow uses the Nashville sound only as a loose base for her, both musical and lyrical explorations that go far beyond your ‘standard’ country.

Schornikow, who is originally from Melbourne, Australia, and landed in Nashville via New York, has played everything from jazz in bars through church organs and along with Phosphorescent. At the same time, she has an open, intricate lyrical touch that makes her songs as full-bodied as any sophisticated wine. Some have compared her lyrical craft to Warren Zevon, and that comparison is actually not too far off. What Schornikow gets best out of Nashville is the impeccable musical backing that makes all the songs on Altar really shine. As they should.

Formerly a lot of things, including a journalist and a translator, currently a freelance writer living in The Netherlands.
RELATED ARTICLES
album reviewalbum reviewskeeled scales
8.0