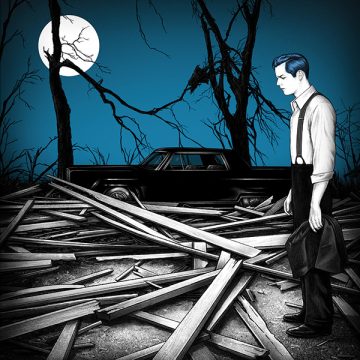 Upon listening to Fear of the Dawn, Jack White’s latest album release, for the first time, there’s a sense of ‘What the hell did I just listen to’? It’s chaotic. It’s loud then it’s quiet. It’s full of odd sounds and dissonant waves of crashing noise. There’s rap, there’s rock, there’s…who even knows?

Then on second listen it starts to make sense. The musical genius that White has always been known for begins to emerge. By the third time through, the listener might consider this new addition to the catalogue a damn masterpiece.

Starting out with the first single off the album, “Taking me Back” is hard-hitting and raw. From there, things take a turn for the masterfully bizarre. “Esophobia” starts with a quiet guitar intro reminiscent of White’s work with The Raconteurs before his vocals come in like a poetry reading. Snaps for that. Switching back into Raconteurs mode, this song is bright and full of crashing cymbals, something totally within White’s wheel house for live performances.

On “Dusk”, White provides a 30-second soft musical interlude before blowing things up on “What’s the Trick” with his signature guitar sounds and White Stripes-esque lyrics, breaking things down halfway through with the use of a cowbell.

Winding things up with “Shedding my Velvet”, White brings in the spooky, slow vibes as he sings about shedding an alter-ego for one’s real self. Just like that, this album, which clocks in around the 40-mins mark, is done in all its oddly brilliant glory.

Gabrielle Mueller is a lover of all things music, writing and charcuterie boards. Gabrielle has a particular passion for music of the 1960s and the hippie movement in Toronto’s Yorkville district. Gabrielle runs her own music website, The Hippie Historian, where she reviews concerts, interviews musicians and writes about music history that spans the ages.
RELATED ARTICLES
album reviewalbum reviewsjack white
9.0