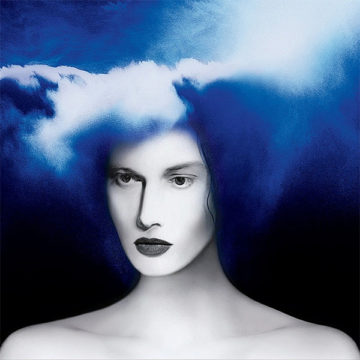 Boarding House Reach is an anomaly. One moment is full of emotion, passion and cutting-edge music.  The next moment you’re asking what the hell you just listened to.  A mix of hip-hop, rock, country and even spoken word, Jack White paints the canvas with so many genres and colours you certainly can’t count them all.

Opening track and first single “Connected by Love” has the song title of something epic and emotional but unfortunately falls flat with the majority of listeners. However, the album takes a turn for the best around track three, “Corporation.”  Incorporating some groovy keyboard, funky drum beats, and the odd vocal addition, this number shows the work of a guy who really doesn’t need to prove anything to anyone. He’s pushing the envelope for better or worse and trying something brand spankin’ new.  That alone deserves credit.

“Abulia and Akrasia” offers simple, spoken word over a lovely, Siberian-sounding violin and sinister piano. A total of 17 lines, this track is pleasing to the ears in an eerie sort of way. “Ice Station Zebra” pushes the envelope a bit further but in many ways is similar to the guitar on tracks off White’s last album like “Black Bat Licorice”.  It is worthy to note, it’s the closest to rap White has ever come.

So while this album is not in a neat package that’s easy to sing along to, not all is lost. It’s an experiment White is conducting; an epic love affair and indulgence he’s offered up to his fans.  It’s strange, incohesive and bizarre.  It’s at times hard to understand and at other times a pleasure of rhythmic guitar and fantastic drums from Peacocks’ powerhouse Carla Azar (check out the track “Over and Over” to see what I’m talking about).  It’s definitely a grower of an album (you probably won’t love it the first time you hear it) but it has promise and it’s new.  Jack isn’t reinventing his glory days or rehashing music from the ‘70s like so many modern artists.  This is new. This is raw. Give it a chance.

Gabrielle Mueller is a lover of all things music, writing and charcuterie boards. Gabrielle has a particular passion for music of the 1960s and the hippie movement in Toronto’s Yorkville district. Gabrielle runs her own music website, The Hippie Historian, where she reviews concerts, interviews musicians and writes about music history that spans the ages.
RELATED ARTICLES
album reviewsboarding house reachconnected by love
9.0