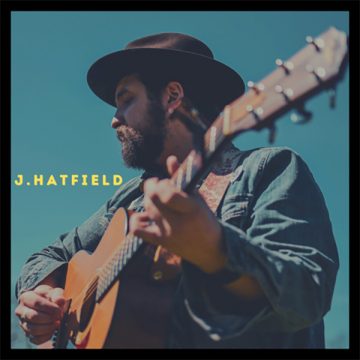 Going down the Americana road these days can be quite a rocky trip. After all, there are so many artists trying to combine various musical strands, particularly if roots/country and rock are included. In many cases, ‘official’ record labels make their picks by the rule of thumb, i.e., they’re guessing which artist will make an impact and which won’t.

No wonder so many take the independent road in hope somebody will catch at some point. And frankly, there’s so much talent that goes unnoticed. Unjustly. It is hard to say whether that will happen to West Virginian J. (Joshua) Hatfield.

His five-song debut self-titled EP shows quite some promise, particularly when it comes to combining standard root forms with some rockier, paced material, that even has traces of shoegaze involved, not a standard strand included in Americana.

Hatfield and the other three members of his band show assuredness and flair, and Hatfield’s writing ranges from waltzy “Maryann” and countryfied “Souvenir Glasses”, to more paced, rockier “Take Me Back Home” and “Boston”.

If his debut EP is something to judge things by, there’s much more to expect from J. Hatfield, particularly when he gets a chance to hit the stage.