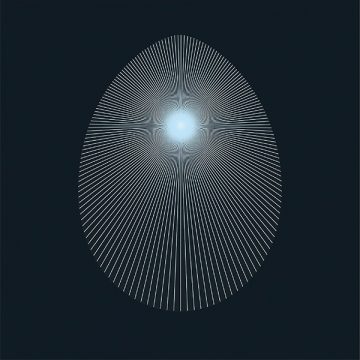 Utopian is Ian McNabb’s 20th studio album, and his first since 2019’s Our Future In Space. The man is certainly prolific and extremely talented. McNabb has produced some incredible music over the past 30 years since The Icicle Works called it a day as a recording unit. Utopian is a double album full of melodic, rocking, and unusual rock songs. It is also McNabb’s best album.

McNabb has never disappointed and he has been able to build on everything he has learned, developed and created over the years. On Utopian, McNabb continues this growth and he approaches this album as he has always approached his music, with a great deal of care and intensity.

Intensity, in that he is not afraid  to express an opinion. “No One Tells A Lie Like  A Dude With A Tie” is a case in point. Great title, and the song lives up to that title. Musically it is melodic and instantly accessible. Lyrically, he has a lot to say and gets right to the point, which is, those in power tell lies to manipulate those of us without the power. An old sentiment, yes, but in McNabb’s hands it becomes something totally new and inspirational.

Elsewhere on the album, one finds a tribute to Harry Dean Stanton (“Harry Dean Stanton”), spiritual songs (“Great Spirit”), enjoying life (“We’re Never Gonna Grow up”), and so much more. The album opens with the song “Boy”, which sets the stage for what is going to follow. McNabb gives advice to himself (or a younger artist) and in doing so has created an incredible moving work, much like the rest of the album.

McNabb knows how to turn a phrase and he is able to express himself in a very original manner. And he is able to set these incredible thoughts and poetry to songs that rattle in your head, long after the album is complete and placed safely back in its sleeve.

McNabb’s voice has never sounded better, and his guitar work is fantastic. He has some help with the album, but this is his work, his statement and his view. Utopian is full of great rock songs, and like the great albums of the past, there is a great deal of variety. He can move from hard driving songs to melodic ballads with ease, which makes this a very enjoyable listening experience. Utopian is a brilliant album, and McNabb has managed to create his own Utopia in his world with this album.