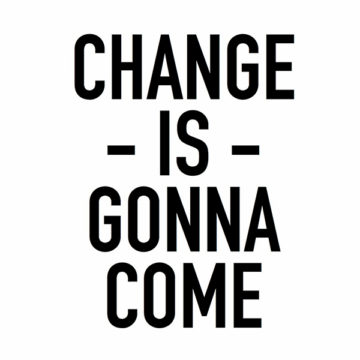 Rock and roll’s default position tends to be the sound of the early to mid-60s when pop was young, the first flush of the music had passed and young musicians were enthusiastically taking up the sounds of the originators and adding their own spin to it, and at its best, creating a distinctively individual sound. Despite their young age – they first came together in 2014 at the age of 16 – The Harringtons (Jack, Brad and Jordan) from the UK’s former steel city of Sheffield have a fine understanding of the approach, certainly if this four-track debut CD EP is anything to go by. Visually they have the look of The Who circa 1966 or The Jam around 1980, and the sound and energy to match. There is also a touch of the swagger of The Rolling Stones in their youth (the extremely danceable ‘Made’). Throw in a little bit of jangly, indie-rock guitar work and a melody that recalls the approach of the early 90s Brit-pop bands – lend an ear to ‘Scootch’ – and you have a band that just smash the sound they are aiming for, not copying but using their influences to make something new, young, vibrant and euphoric. One to make you feel more than good. Check ‘em out!

Norman Darwen grew up in north-west England admiring Elvis’ gold lamé jacket, Lord Kitchener’s way with words, and his much older brother’s and sister’s dancing to The Rolling Stones’ ‘Little Red Rooster’ on the telly. He’d wind aforementioned brother up by reading the entire contents of an R’n’B magazine he used to have to collect from his local shop for him and then reciting back as much as he could remember. Some years later he’d wind up his own friends by telling them who these people were that Led Zeppelin etc were covering – Willie Dixon, Howling Wolf, Otis Rush etc. These days he still listens to the blues, but has added a taste for reggae, zouk, rap, folk and anything else that takes his fancy…
RELATED ARTICLES
album reviewscarry you homeeverybody knows
8.0