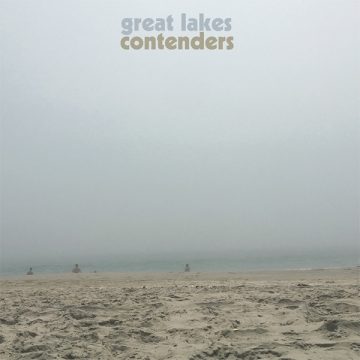 It seems that at the moment, if you exclude grunge, most of the music of the 90s is in some sort of a doghouse. And like any other decade in music that was residing there (at least for a while), there are not many valid reasons for that, or the audience (and critics) have simply forgot some of the good stuff and real music achievements that we had a chance to encounter during that decade.

One of such musical achievements from the 90s that seems to be forgotten is what all the artists that belonged to the so-called Elephant 6 collective have come up with, to which a great part is owed to Ben Crum and his Great Lakes.

Like most of the artists within the collective, Crum and his band picked up the pieces of the music that came in the decades before them, took what they liked and, in most cases, came up with something that at the same time sounded both like the pieces themselves but sounded like something new.

Luckily for all of us, Crum and his cohorts are still making music and the results can be found on Contenders, their latest album. So, what’s new here?

Actually, nothing and everything. Nothing in the sense that Great Lakes, and ever-shifting collective as it always was, is still able to come up with some great music based on clever song writing and melodies that are both part late sixties to mid-70s. Everything, in the sense that Crum and the band are able to transform those ‘old’ sounds into something current and truly modern, picking up the pieces that came up along the way during the decades from the time they made their initial impact back in the 90s.

Contenders is certainly a contender to be played repeatedly in times when most albums are heard once at most.