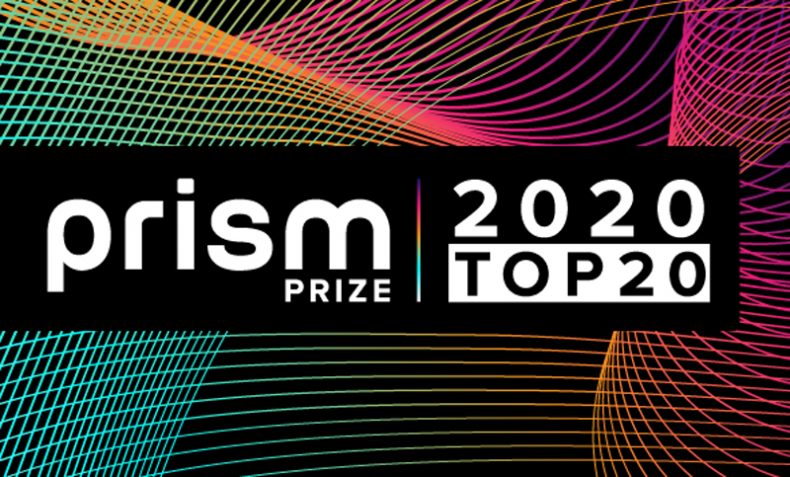 Today, the Prism Prize announced the Top 20 Canadian music videos of the year as voted by a jury of more than 120 Canadian music, film and media arts professionals. Jurors reviewed almost 300 eligible music videos to nominate the Prism Prize Top 20, with the Prism Prize Top Ten shortlist set to be announced on April 2, 2020. The Grand Prize winner will be revealed at a screening and awards presentation on May 11, 2020 in Toronto and awarded $20,000, increased from $15,000 thanks to the generous partnership of Stingray.

Now in its 8th year, the Prism Prize is considered one of Canada’s most prestigious and cutting-edge music awards, recognizing the likes of Kaytranada, Charlotte Day Wilson and Grimes in past years.

“The Canadian music video community is a hotbed of creativity, and we are honoured to bring much-deserved attention to all the represented artists in the Prism Prize Top 20,”  said Louis Calabro, VP of Programming & Awards at the Canadian Academy and Founder of Prism Prize.”Music videos are an important and compelling form of storytelling that we are proud to celebrate.”

“It felt wonderful. It felt surprising. It felt humbling,” says Kevan Funk, who took home the Grand Prize in 2019 for his clip for Belle Game’s Low, “I really admire the Prism Prize and the work that it illuminates; I think it’s tremendously important. So winning the award comes with a huge amount of appreciation.”

In addition to the $20,000 Grand Prize, the recipient of the Audience Award will also be announced live on stage at the May 11 event. Members of the public are encouraged to vote for their favourite video from the Top 20 to help determine the recipient of this annual award. Fans can vote for the Audience Award starting today (February 27) through April 10 at prismprize.com.

Prism Prize shares videos and news from Canada’s music video community year round at prismprize.com and is proud to host a comprehensive resource for music fans to watch the best Canadian music videos all in one place.

The Prism Prize is a national, juried award recognizing outstanding artistry in Canadian music videos, offering the largest cash prize in the world for music videos. Established in 2012, this annual honour gathers a jury of more than 120 Canadian music and film industry professionals to crown one video as the best of the year. The Prism Prize is a division of the Academy of Canadian Cinema & Television (the Canadian Academy), an organization that shares the common goal of promoting and supporting homegrown Canadian creative projects while inspiring and developing the next generation of talent.

Prism Prize would like to thank its Patron Partner, Slaight Music, its Lead Partners, iHeartRadio Canada and FACTOR, and its Supporting Partners, Stingray and William F. White International.

SPILL NEWS strives to keep our readers up to date with news and events in the music industry. We keep you informed of the most recent information regarding new releases, tour dates, and information items about your favourite artists.
RELATED ARTICLES
newsprism prizetiff bell lightbox