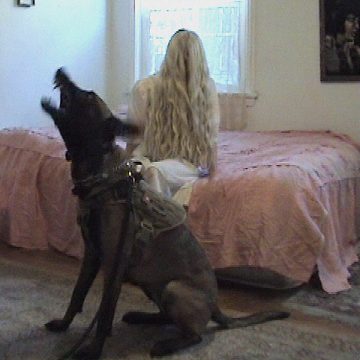 Toronto-based band Goodbye Honolulu has been together for a long time, honing its skills in local bars and curating its own concerts and festivals for several years. With that groundwork laid and the subsequent release of three EPs in 2016, 2017, and 2018, the quartet of indie-rockers has returned with a full-length, self-titled debut album that reveals just how far it’s come since its original days, and hints at where it could go next.

Opening track “Cut Off” is a good representation of much of the album’s sound with its punchy, punk-influenced style, but the bands attention to craft and arrangement keeps it from going too far overboard into formless noise, choosing instead to keep the groove going front and center with some nice, mature touches of flair and instrumental isolation.

“U Got It” is one of the catchiest tracks in the pop-punk mode, featuring a great chorus, and while it keeps up the pace of many of the tracks here, the use of long feedback running through the background, as well as some more electronic touches around the edges give the track some interesting and different vibes compared to some of the others here, which sometimes end up sounding more generic than they probably wanted. “Leave Your Love Behind” is another excellent track that centers the vocals more than other tracks, with back-up singing working like an echo, and while the guitar and drum build-up behind it occasionally rises to the level of froth, it never quite spills over the edge.

While much of the album is centered firmly in the punk-influenced mode of fast drumming and some musical gear-shifting coordinated to the lyrics, a track like “Over and Over” is immediately recognized as much more like soft funk and might be the biggest departure from the overall sound of the band. Lead single “Shine” is another like-minded track, and with the pace slowed and the guitar a little funkier on these, with the other sonic embellishments I was put in mind of a band like Tame Impala. Should they continue to produce tracks like this, and rely less on the fast-paced, more generic sounding pop punk tracks, new realms may open for them to ascend into.

The last few tracks resume the fast-paced punk spirit of the first several tracks, including “Ultraviolet Stone”, which sounds initially like it’s being played in fast-forward before pulling itself back in the middle, then heading back to warp speed again. I, personally, prefer the middle portion to the rest of it. Thankfully, closing track “Make You Mine”, which is the longest on the album, wraps things up in a way that shows the more mature potential of the band if they continue moving a little further from their youthful punk rock early days and into something more ethereal and emotional.

In the end, this album represents the band’s past well, while the strongest tracks seem to open up more possibilities for their own future sound, should they be interested in pursuing them.