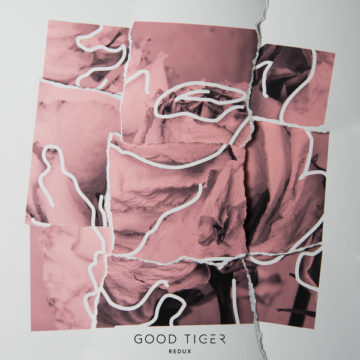 Good Tiger’s 2018 sophomore effort We Will All Be Gone was one of the stronger efforts released last year and the band’s live performance met this reviewer’s every expectation for a tight show when he saw the band in Des Moines. With Elliot Coleman’s powerful clean, emotive delivery and truly innovative fretwork handled by Dez Nagle, the band was a joy to see and hear live. With this album, Good Tiger remixes five of those songs but the end effect is underwhelming and should not be a starting point for the uninitiated as the remixed cuts are underwhelming.

Jake Bowen of Periphery remixes one of the best tracks of WWABG by turning the track in a decidedly techno direction, and takes one of the subtle but undeniably best parts of the original song which occurs late in the original, a killswitch style vocal effect that rhythmically fits the tempo like a glove, and prominently features it in the track up front. “Blueshift” is slowed down to the point where Coleman’s vocals end up sounding like an album played at the wrong speed and just doesn’t work at the new slower speed with no pitch changes. Four of the five tracks on the ep are basically slowed down electronic versions of the originals that just didn’t work for this admittedly guitar-centric reviewer. The last track is an acoustic version of “Salt of the Earth” and is the one track that I feel is equal to its original.

Good Tiger is a band that merits attention and puts on a great show live that should not be missed.  I look forward to their third full-length album, but Redux is a curious release that shouldn’t be looked at as essential.

Wayne grew up in southwestern Virginia on a steady diet of country music before graduating to the Clash, Danzig, Fugazi and the indie and grunge scenes in the 1990s. He lives for live music and writes for Spill as a backup plan in case Trump wins re-election and he needs some Canadian connections.
RELATED ARTICLES
album reviewalbum reviewsgood tiger
8.0