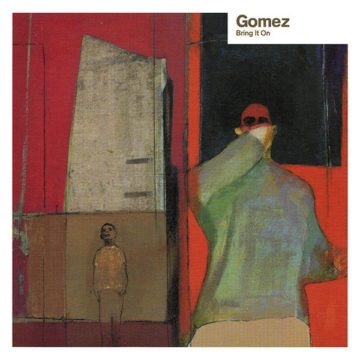 A blast from the past, revamped for a new audience. Gomez is releasing the 20th Anniversary Deluxe edition of their debut album Bring It On. This album is pivotal for the group, consisting of Ian Ball (vocals, guitar), Paul Blackburn (bass), Tom Gray (vocals, guitars, keyboards), Ben Ottewell (vocals, guitar), and Olly Peacock (drums, synths, computers). It’s the album that started it all, and it’s the album to continue it all. The 20th Anniversary edition album is being accompanied by a tour where the band will play the album all the way through.

Bring It On consists of classics from the band such as “Whippin Piccadilly” and “Here Comes the Breeze” while also containing 35 previously unreleased tracks and live performances. It’s impressive listening to the album because you can hear all the band’s influences from the bluesy base it uses for most songs, to the electronic synth they use to accent the songs. The unique music is accompanied by very poetic lyrics that give the listener a feel of The Doors.

This album has been incredibly influential since the original 1998 release as well. Its presence can be felt in future pop-rock, indie, and experimental music since 1998, the most obvious being that of Coldplay and Hozier. It has a feel similar to that of Beck, not sticking to a singular sound, and allowing all band members presences to be felt. It’s easy to see why the original album won the Mercury Music Prize in 1998 when it came out.

The first 12 songs on the album remain the same as its initial release, but after that is where the band got a lot more experimental with the music. Songs such as “Steve McCroski” really show the experimental phases of a more psychedelic feeling music, while “Make No Sound” is much tamer mainly utilizing the power of a simply acoustic guitar with a blues base to power through the song. It really highlights the band’s lyrical prowess though. The album is recommended for anyone that enjoys a psychedelic rock group with poetic lyrics.

The Spill Magazine is a Toronto-based online publication dedicated to covering the independent music scene with a strong focus on our thriving hometown talent. Our writers bring you up-to-date news, in-depth features on musicians and reviews for the latest CD releases. We also travel to the front lines for all local festivals including Canadian Music Week and North by Northeast. Don’t forget to check out our Facebook and Twitter pages for all daily Spill updates.
RELATED ARTICLES
album reviewsuniversal music enterprises
7.0