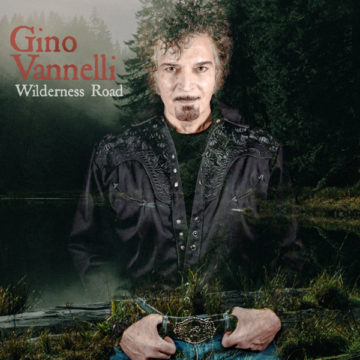 Wilderness Road is the first album of all new material, written by Gino Vannelli in about ten years. Good Thing (2009) was the last time we heard anything new from the pen of Vannelli. He has released albums in between but Wilderness Road is a return of sorts for Vannelli.

As with  this album, Vannelli has always been hard to categorize, but this is a very good thing. This means one does not know what to expect once the album starts. This album, was produced and written by Vannelli and here he plays most of the instruments himself. This is one remarkably talented individual, a fact that gets lost sometimes in discussions about Vannelli.

Wilderness Road is a fantastic album. Vannelli has a way of writing which is part personal and part storyteller. That is fine, because by the end of the album the listener has been on a musical trip through many different landscapes.

From the smooth jazzy feel of “Gimme Back My Life”, to the bluesy/soulful sounds of “It Ain’t Up To You”, to the beautiful ballad “Road To Redemption”, to the more pop sound of the opening track “Ghost Train”, Vannelli covers all the bases, and he does it with ease. His instrumentation is top notch and his voice has never sounded better.

Vannelli has a sound that he has carved out over the years. He has his own distinct style and sound that is really unique,  and that no one can clone. You know you are listening to Gino Vannelli as soon as his voice comes out of the speaker, but that does not mean he has a formula. He is not trying to jump onto any trends and quite frankly he does not need to. This is an artist who has more than paid his dues and has earned the right to do exactly what he wants to do. His audience will follow. And although he knows that, he does not take his following for granted.

Hence, he has produced one of his best albums of his career. This album grabs your attention and does not let you go. It is extremely well-produced and well-performed. It is difficult finding any real fault with the album.

Vannelli has created a brilliant album with Wilderness Road. Lyrically it is stunning. Look at the lyrics of ““Yet Something Beautiful”. Vannelli sings:

“Life is cruel there ain’t no denyin’/
at times too heavy a cross to bear/
and yet something beautiful/
when love is there.”

Touching, and yet very real and honest.

Lyrically and musically Wilderness Road  it is a stunning album. Although he really has not gone anywhere, with Wilderness Road, one gets the urge to say ‘welcome back, Mr. Vannelli, you have been missed’.

Born and raised in Whitby, Aaron discovered music through his love of The Beatles. This led to a career in radio, writing for various publications, and ultimately a radio show about The Beatles (Beatles Universe), which ran for over four years. When not immersed in music, Aaron enjoys spending time with the loves of his life -- his wife Andrea, and daughters Emily and Linda (all of whom have an intense love of music too).
RELATED ARTICLES
album reviewalbum reviewsgimme back my life
8.0