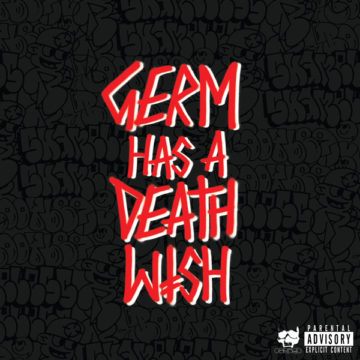 Artists featured on the album include, Pouya, Shakewell and long time collaborators, $uicideboy$.

This is a solid album. Germs voice has more than enough personality to distinguish him from other artists and give him an original feel, though on the other hand, the majority of the album wasn’t anything truly different from what others are putting out aside from a few songs.

On Shakewells feature on “SHAMELESS”, we are greeted with is a slow melodic song and Germ and Shakewell’s vocal range shows during the duration of the song. Another one you might want to check out is “AWKWARD CAR DRIVE” featuring the $uicideboy$ this is the classic $uicideboy$ the listeners are looking for, hard-hitting beats and Germs unique voice to bring the sound together.

Overall, if you’re a fan of $uicideboy$, Pouya, or Shakewell you’ll like this project.

The Spill Magazine is a Toronto-based online publication dedicated to covering the independent music scene with a strong focus on our thriving hometown talent. Our writers bring you up-to-date news, in-depth features on musicians and reviews for the latest CD releases. We also travel to the front lines for all local festivals including Canadian Music Week and North by Northeast. Don’t forget to check out our Facebook and Twitter pages for all daily Spill updates.
RELATED ARTICLES
$uicideboy$album reviewalbum reviews
8.0