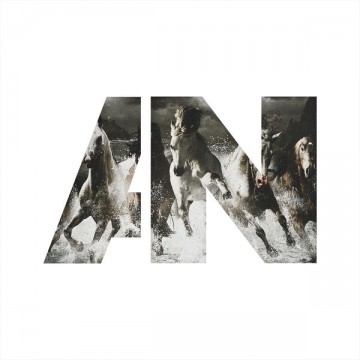 Run is an ambitious and impressive project. AWOLNATION’s sophomore album was written, performed, and produced entirely by lead singer Aaron Bruno. The album features 14 new songs that go in many different directions, offering softer, more acoustic sounds, energetic almost-punk-like sounds, and everything in between.

The album starts off strong with “Run,” with its heavy beat and eerie lyrics like the repeated “I am a human being/capable of doing things” and “You people are mistaken if you think that I’m awake and celebrating anything that I’ve become.” Interestingly, a bold, high-energy song like this is followed by a softer song called “Fat Face,” which starts off with pretty piano lines and builds in power as Bruno starts to yell. It’s this mixture of sounds, textures, speeds and intensities – which you’ll find from one song to the next but also within a song – that makes this album so interesting.

“Hollow Moon (Bad Wolf),” the album’s first single, is one of the best songs on the album. It’s catchy as hell, and the way Bruno goes from screaming to singsong is great. The song is a bit rock, a bit electro pop, and a lot of fun to listen to over and over. “Woman Woman” is a catchy ode to a lover that showcases Bruno’s vocals, especially with the gripping line “last night I fell apart/choked on my drunken heart.”

Run is unconventional, interesting, and full of energy. There’s a lot to discover here, and Bruno has melded his very strong vocals with great lyrics and a lot of interesting electronic sounds to create an album that offers something new with each layer you peel back.