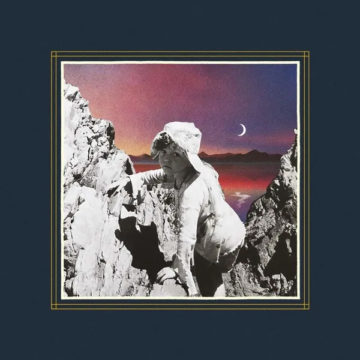 Across the entirety of Paper Castles, South African born Berlin-based Alice Phoebe Lou’s captivating vocals soar over atmospheric and lushly textured instrumentals. With evident influence from relaxed, lounge-friendly jazz, the steady percussion and electronic piano accompaniment on tracks like “New Song” mingle fluidly with Alice Phoebe Lou’s voice and flatly intonated guitars. While jazz is a dominating force for Paper Castle‘s sound, it also blends with distinctly indie ideals. Many tracks on Paper Castles veer towards the jangly guitars and softly textured synthesizers of bedroom pop. On “Galaxies” a muted guitar blends with synth textures to create a spacious indie track that is reminiscent of other bands such as Lowly.

Lyrically, Paper Castles maintains poignancy by relating tales of nostalgia, femininity, and maturing. On the previously released single “Something Holy” Alice Phoebe Lou relays her moment of overcoming “past traumas with sex, with men” and her more in-depth understanding of intimacy with one of the album’s most haunting mantras “It hasn’t been so easy being lonely.”

Overall, the Noah Georgeson-produced Paper Castles is a cohesive, well-textured album that nicely showcases Alice Phoebe Lou’s vocal capabilities and writing skills. Its calming combination of jazz and indie conveys a sense of ataraxia while still maintaining enough momentum to keep one interested.

I am an Edmonton based musicophile and photographer who loves experiencing music whether it's live or on my turntable. I play seven instruments and go to a lot of concerts.
RELATED ARTICLES
album reviewalbum reviews
10