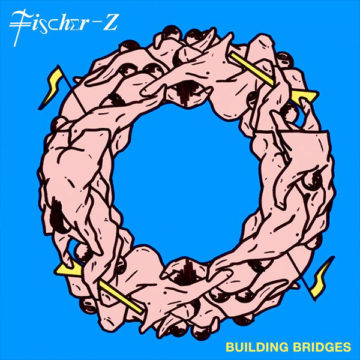 John Watts has been making music for over forty years, either with Fischer-Z or as a solo artist.  This is his tenth album with Fischer-Z, and the first since 2016’s This Is My Universe (also a Fischer-Z album).

On this album, Fischer-Z returns to the land of the major labels after being independent for many years.  This has not seemed to impact the music in a negative way.  For this album, John Watts sounds almost freer to explore more than he has in recent years.  On this album he experiments with his guitar.  This is a guitar and drums type album.  But in true Watts style, he maintains strong melodies and deep lyrics.

Watts has always been known for his observationalist lyrics. “Perfect Day” and “The Worker” are just two examples.  This album is no different.  Here Watts notes what is going on in the world and in true optimistic style wants to build bridges across the great divides.

“Damascus Disco” gets the ball rolling.  He acknowledges the ills of the world, such as human trafficking, wars, and corruption, but he is clear, fighting fire with fire is not the answer.  “If we build bridges, with love…it just might be enough” he sings in the song.  He even manages to reference Nietzsche, not many artists do that these days.

With Building Bridges he also returns to observing the human condition, such as the song, “Shrink”.  Again, Watts tries to figure out the behaviours, and he manages to do so without judging and condemning.  Lyrically Watts is in top form.

Musically, Watts does everything except drum, which he leaves to Jamie Bush.  Watts, and co-producer Nick Brine, assembled an album of straight ahead guitar driven rock and it works perfectly with the lyrics, creating the perfect mood.  Watts has been around a long time, and he has a very strong sense of song structure.  He uses his experience and his influences to create his own distinct style, his own distinct manner of playing.  The guitar, at times, almost shouts out its own lyrics.  Brilliant stuff.

After all these years, Watts continues to produce relevant, moving and intelligent music — music that deserves to be heard.  This album continues in that fashion.  Watts has never been interested in keeping up with current trends and fashions, which makes his music not only stand out but also timeless.

This is one of Fischer-Z’s strongest albums ever.

Born and raised in Whitby, Aaron discovered music through his love of The Beatles. This led to a career in radio, writing for various publications, and ultimately a radio show about The Beatles (Beatles Universe), which ran for over four years. When not immersed in music, Aaron enjoys spending time with the loves of his life -- his wife Andrea, and daughters Emily and Linda (all of whom have an intense love of music too).
RELATED ARTICLES
album reviewsbmgbuilding bridges
8.0