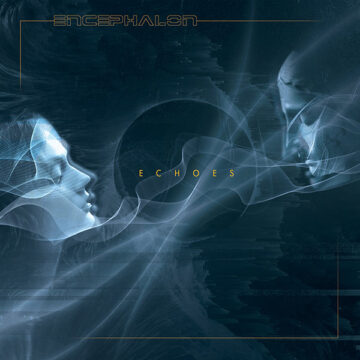 With their first release in over five years, Encephalon makes their return with their fourth studio album, Echoes. Lead vocalist Matt Gifford very much sounds like the unsettling and haunting growls of heavy metal over synths that feel timeless, in that he could be a harbinger from the future or beacon back to the past.

“Emulations” is perhaps the album’s standout track, as it is the only track where Gifford is not the lead vocalist. It seems to be bandmate Alis Keller, whose vocals feel considerably less aggressive and more mellow. This track is actually a break in the sonic consistency of the album that could be seen as a bit jarring but is actually a welcome change, and it’s rather unfortunate that more tracks with Keller’s vocals are not on the album.

Overall, the album doesn’t seem to leave its very comfortable range. Outside of “Emulations” where a different vocalist takes the lead and “Slime Never Dies” where Gifford seems to test his vocals down to an even lower growl nearing a whisper, the album never truly breaks its own boundaries as opposed to just testing them.

D.L. Smith-Lee is a writer and music lover based in Chicago. He has fiction published in multiple venues and is a graduate of DePaul University. He is currently an MFA candidate at Chicago State University.
RELATED ARTICLES
album reviewalbum reviewsartoffact
8.0