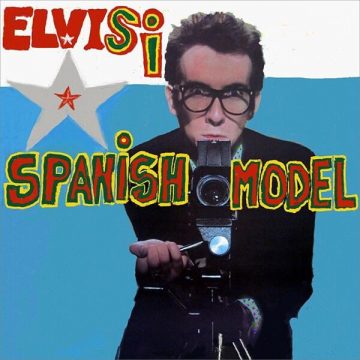 This Year’s Girl was Elvis Costello’s first of many masterpieces to be released with his band, The Attractions. When remixing the record earlier this year for its extensive deluxe release, they discovered that the original master tapes were still in incredible shape. Costello then took it upon himself to redo the record…in Spanish.

Various Latin artists were recruited to sing over the original tracks along with all the B-sides that didn’t make the cut in 1978.

Kicking off with “No Action”, Nina Diaz belts out punky, scratchy vocals and while it still doesn’t come near the original version, she provides the best performance on the entire record.

Unfortunately, most of what follows are tiresome, over-sung versions of post-punk classics.

Throughout the record, it’s apparent that there is a missing ingredient. Of course, this is Elvis Costello’s brilliant bitter lyrics sung in his spiteful tongue. The Attractions were certainly an underappreciated new wave band and Spanish Model proves this, but the highlights here are when Costello’s voice slips in the mix.

“Llorar” sung by Sebastian Yatra, which is a take on the B-side “Big Tears”, is an exception and certainly pops out from the rest of the other, more mundane takes. Yatra passionately croons this criminally underrated song and, for a brief minute, makes us forget this was ever sung by Elvis Costello.

Spanish Model proves to be a courageous move but without Costello’s vocals, the album can’t hold a candle to the original.

As a child growing up in the suburbs, Ryan found music as a way to soothe his boredom. After first hearing AC/DC at the age of 10, he was hooked on music. Tracing its roots to the ‘50s, he became obsessed with Elvis, Buddy Holly and Chuck Berry. Somehow that led to grunge, then psych-rock, then jazz, etc. The list goes on and on and his collection of vinyl records continues to grow.
RELATED ARTICLES
album reviewalbum reviewsume
9.0