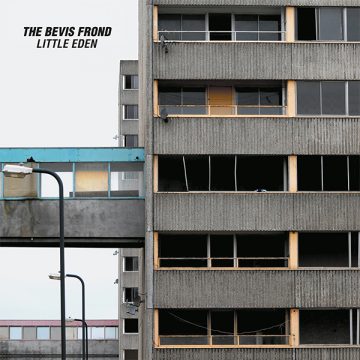 Many listeners who are not so familiar with Nick Saloman, aka The Bevis Frond, may wonder why he has such a staunch and unwavering following, whatever the size of that following is. The answer might be simple and complicated at the same time, and Little Eden, The Bevis Frond latest offering, probably holds the answer.

Both the simplicity and the complexity of that probably lie in the fact that Saloman himself has not wavered one bit in almost 35 years and the countless albums he has come up with. You can always expect to get some melodic, guitar-driven psych rock that can be pinned down as an encyclopedia of psych rock in its prime form. And as is almost always the case with Saloman, it is great psych at that.

That might be the simple side, but the complicated one is how does he almost always come up with some brilliant songs and guitar riffs that sound both revived and new at the same time. No wonder Saloman was an obvious inspiration to the like who came after him, from Dinosaur Jr. to Lemonheads and quite a few others.

Oh, and Saloman never skims on the music he packs on his albums, Little Eden being no exception in that respect.

Formerly a lot of things, including a journalist and a translator, currently a freelance writer living in The Netherlands.
RELATED ARTICLES
album reviewalbum reviewsfire records
9.0