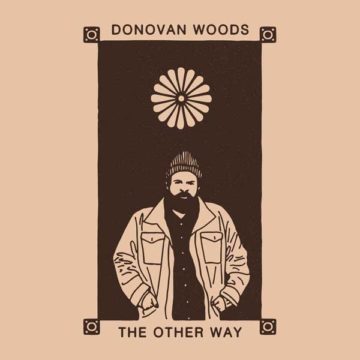 Donovan Woods has released an acoustic rework of his album Both Ways – aptly named The Other Way. It adds a fresh take on last year’s JUNO award-winning release, with every song stripped to its honest and emotional core. While maintaining the character of the original songs, producer Todd Lombardo’s altered chords and arrangements breathe a different life into the tracks. Combined with Wood’s ethereal vocals, the compositions have a modest yet powerful effect.

While Both Ways offered a larger, plugged-in sound, The Other Way returns to an intimate singer/songwriter interpretation. The music serves as an open love letter which invites the listener into soulful tales and confessions.

The first track “Good Lover” is a reflective piece, suggesting coming to terms with a past love. The elaborate yet gentle guitar melodies in “Another Way” and “Burn That Bridge” serve as an effective focal point to the tracks.

An illustrated video for “Truck Full Of Money” was released with the album announce in April. The acoustic treatment of this song has a chilling emotional pull.

“I Aint Ever Loved No One” is a sweet ballad featuring Nashville songstress Tenille Townes. The duo’s voices pair seamlessly with one another, narrating a pained love story.

The tempo picks up with “I Live a Little Lie” and “Easy Street” with earnest strumming and projected vocals. Woods’ lamenting words of heartbreak in “Great Escape” reverberate in sync with hallow guitar chords. The album concludes with “Next Year”, that tells the all-too-familiar tale of putting off plans and letting life pass by.

Rather than building on Both Ways, The Other Way is a perfect paralleled rendition to the original release. The acoustic structure provides a new backdrop for the familiar love melodies and allow Woods’ voice to command the spotlight. A powerful yet minimal album full of integrity and beautiful words.

Nicole Swanson has recently made the move to Toronto from Fernie, BC, trading mountain life in pursuit of a career in the music industry. She can usually be found at live shows throughout the week, always in search of great new music.
RELATED ARTICLES
album reviewalbum reviewsboth ways
9.0