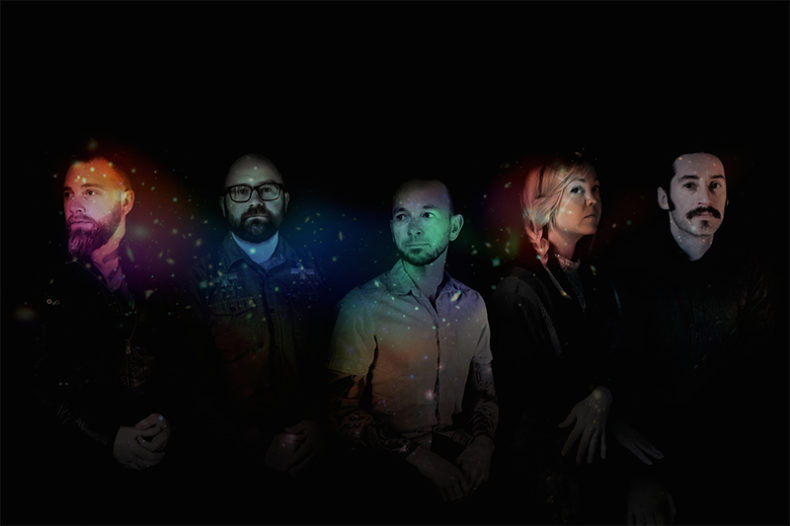 A CONVERSATION WITH ADAM TURLA OF MURDER BY DEATH

Murder By Death will defy your expectations. What’s in a name, anyway?

The fiercely original quintet out of Bloomington, Indiana is unequal parts Americana, dark folk rock, and something indescribable. Listening to earlier albums, you might assume the band’s influences are strictly limited to the darker forces at work in the world, and Kentucky bourbon. But with each album, the band’s message is clear: don’t try to label Murder By Death, because they will subvert every convention.

Their eighth full-length, The Other Shore, released in August 2018, is a space western that speaks of loss, homecoming, and Armageddon. Highlights include Sarah Balliet’s substantial cello parts that can be haunting, which often replace the role of lead guitar. Adam Turla’s deep vocals tell emotional tales, and there are instances where his guitar riffs sound like he is channeling The Cure. As a whole, instrumentation on the album is at times rootsy, at others synthy.

Turla explains why no one album seems derivative of its predecessor: “I’m really trying to keep it interesting,” he says. “To tell a story with each record.” When writing, he asks himself “how can I tell a story that matters to me through the vehicle of the band?” For The Other Shore, inspiration is accredited to sci-fi being a part of the band’s “collective consciousness” at the time. He says the band wanted to, “experiment with this theme… and I think it worked really well, I mean the fans seem to really like this record.”

The band is looking forward to their Toronto show April 26 at Lee’s Palace: “Toronto is a rad city, we’re excited to be there.” The show is almost sold out, to which Turla admits, “We’ve never sold that room out before, I mean, we’ve filled it up, but never sold it out.”

He fondly remembers a Toronto show in 2012, at legendary punk venue Bovine Sex Club: “That was a crazy show, it was really rowdy. I remember going to a concert there, when I was maybe like, 20. I used to go up to Toronto every once in a while, just to hang out.”

Of all the stops on their upcoming tour of North America, “Toronto is probably the biggest city… a lot of them are smaller cities.” The tour is looking good: “There’s ebb and flow when you have a career for this long… it’s just really cool to see this positive reaction.” 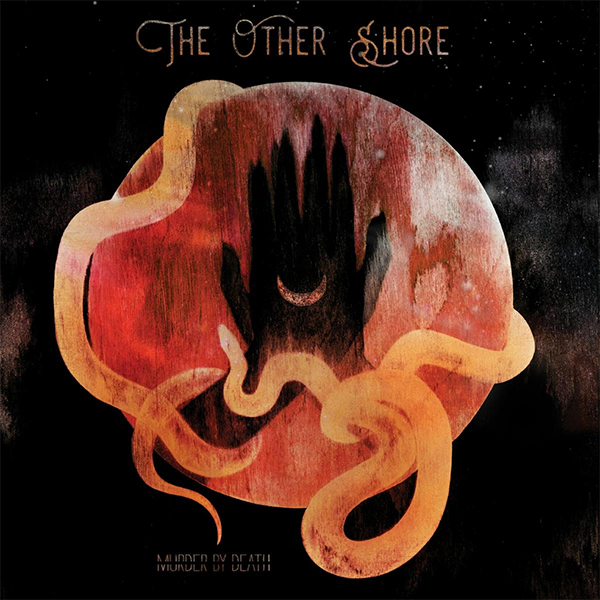 PURCHASE THE OTHER SHORE VIA BLOODSHOT RECORDS

Murder By Death is a band passionately dedicated to its fans, most of whom have been around for decades. The band celebrates its 20th anniversary next year. “We’re excited that people are still engaging with us… we’ve seen so many bands come and go. We’ve been really fortunate to hang on for so long, and to grow.”

Kickstarter campaigns have helped the band fund their efforts and have created a mutually-beneficial relationship with their listeners. Whether it’s pizza parties at Turla and Balliet’s acclaimed restaurant Lupo, or recording covers of songs that fans have requested, Murder By Death indulges its followers, to the point that they still accept requests on tour. “I like to read emails,” Turla says. “If there’s a question, I answer it. We get a lot of requests and really do try to accommodate as many as possible… so people feel like we’re listening.”

Murder By Death’s dedicated following is a big part what inspires them. “We are so lucky to have the fans that we do, and we know it…. It’s important to acknowledge who’s keeping us a band, [and] full-time artists. It’s something we think about a lot, and try not to ever lose sight of.”

Murder By Death’s near future is an exciting one. Turla acknowledges they have people to thank for the next legs of the tour. They’re playing a show at Graceland in Memphis with Frank Turner: “I didn’t think we’d ever play a show at Graceland on our own, so thanks to Frank for that.”

Turla also has gracious things to say about long-time friend Laura Jane Grace. This summer, the band is touring Australia for the first time with Grace and her band The Devouring Mothers. “Man, I’m excited,” Turla admits. “I think it’s going to be a great run.”

Grace is also the frontwoman of Gainesville punk band Against Me!, whom Murder By Death first toured with back in ’05 and ’06. “We’ve been friends for a long time, and fans of each other’s music,” explains Turla. “There’s not that many people who have had a career as long as ours, that are still around, that we knew when we first started… so it’s really cool that we’re able to go out with her… it’s going to be much more than a typical trip.”

Experiencing Murder By Death live is no regular concert. Whether the show is in a haunted hotel at 7700 feet above sea level, a cave 333 feet beneath the earth, or a conventional venue, what they bring to the table is something remarkable. Despite the dark connotations of their name, and lyrics such as “true dark is coming from the inside,” the world of Murder By Death is one surrounded by light and gratitude.