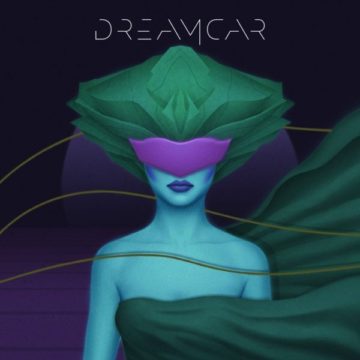 No Doubt was one of the biggest ska bands to emerge in the 1990s. While the quality of the work is certainly debatable, no other ska cum punk rock band of the decade was able to reach such staggering heights in the mainstream musical climate.  However, since their initial hiatus in 2004, the band has never quite reached such great levels as they did in their heyday.  Shame, seeing as their rhythm section was one of the tightest to come out of the ’90s, on par with even the Red Hot Chili Peppers in some regards.  Enter Dreamcar, the latest super group which sees bassist Tony Kanal, drummer Adrian Young, and guitarist Tom Dumont of No Doubt join forces with AFI vocalist Davey Havok.  Their debut self-titled record looks to bring a sense of the new wave style of the 1980s into the modern world, equipped with a level of funkiness and raw energy from the original projects of the musicians involved.

The opening track and lead single, “Kill For Candy”, immediately sets the tone for what the listener can expect from Dreamcar, catchy pop bangers fueled by an organic blend of instruments and digital textures with an underlying pop-punk rock energy.  While “Kill For Candy” is certainly a child of 80s synth pop, it is a track that very much fits in with today’s indie rock and pop scenes.  The parallels between now and over three decades ago are quite audible while listening to this record and while the production screams extremely high quality —  even by today’s standards —  this very well could have come out in 1984 and would have been a smash hit.

Songs like “On The Charts”, “The Preferred”, and “Ever Lonely” rely less on electronic textures, and show case the musicianship of the band.  The groove found on “On The Charts” is unmatched by any indie pop band today, featuring a driving beat, slappin’ bass, and an amazingly thin but crisp and crunching guitar tone from Dumont.  The song is a definite standout among the twelve tracks across the record. Havok displays his vocal chops and versatility, often shying away from the bassy and belting nature he often exemplified in AFI for a higher range that puts him in line with some of the most popular male pop vocalists of today.

While fans of AFI will likely be disappointed with the lack of rock found across Dreamcar, fans of No Doubt will likely applaud the strong 1980s new wave influence as that was a major part of No Doubt’s career in hits like “Hella Good”, “Simple Kind Of Life” and their cover of Talk Talk’s “It’s My Life”.  Dreamcar is a record that chose to teeter more into the electronic side of new wave, but whenever the opportunity to showcase an instrumental section — whether it be a smooth walking bass line, or a tastefully minimal guitar line — it creates a statement regarding the caliber of the musicians involved, as well as the depth of their songwriting and attention to detail throughout the recording process.  These moments, like the sparse chords across Dumont’s guitar in “The Preferred” cause the listener to immediately take notice and appreciate the music beyond the sugary sweet method of delivery (not to mention his guitar tones across the album are simply amazing).  Should Dreamcar release only one album, then their self-titled debut is enough to have them remembered for their contributions to the new wave revivalism that we seem to be in.  It is a good album; it’s bouncy and fun pop music that is backed up with a level of musicianship which often isn’t there, let alone by a full band.  That being said, I would have preferred for Dreamcar to take a more experimental approach to the modern pop rock genre by pushing to envelope as to what has been done, what is expected, and what could be done with such a tight band.  It would have been very interesting to hear a stronger rock or punk influence in the album to fuse with the vintage pop sounds; something which would have likely created a sound very distinct to the record.  Like I said, Dreamcar is a very good album, but most of it feels very safe, which leaves the album at an enjoyable level, but prevents it from truly being a stylistic benchmark for the modern indie pop scene.

A passion for music has always been a part of Gerrod’s life. As a young boy, he was raised on a steady diet of the music from The Chili Peppers, Aerosmith, The Stones, Prince, and others from his mum. Raised in the GTA, Gerrod continued to foster his love for music by attending a wide range of concerts and learning the drums. His unapologetic passion for music has no bounds and has spread to a wide variety of styles, whether it be the 90’s rock that sound tracked his teenage years, the jazz he studied in university, or his newfound love for hip-hop. He recently received his bachelors in music and education from York University and is passionate about writing and reviewing good (and less than good) music. Gerrod is also the drummer and songwriter for a Toronto based rock & roll band, One In The Chamber.
RELATED ARTICLES
album reviewscolumbia recordsdreamcar
7.0