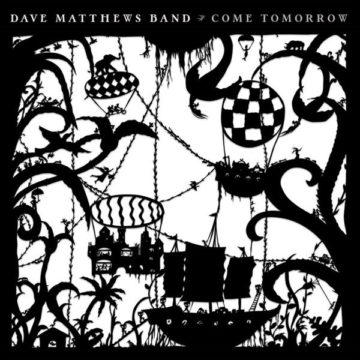 There is little, at this point in their long and storied careers, that the Dave Matthews Band do in terms of breaking new ground. Since launching themselves into the collective music consciousness in the mid-1990s, the band have stayed true to their roots of touring extensively in support of music that is deeply and softly layered, centring on Dave Matthews’ distinct vocals. Not much aside from the band’s lineup has changed with 2018’s collection of love songs, Come Tomorrow.

To be fair, it is perhaps easy to judge this album harshly as it is so very similar to all that has preceded it in the DMB discography. True to form, the album is filled with tunes that would fit just about anywhere in that catalogue of music, but at the same time there are also some real standout tunes. Though breaking their own mould of success may be outside their comfort zone, this is a band of unquestionable ability and songs like “She”, “Virginia in the Rain” and “Come On, Come On” immediately standout.

Dave Matthews has always built his band around a very talented core of musicians but that band has faced some distinct challenges in the past decade, most notably the accidental death of founding member Leroi Moore in 2008 and the more recent dismissal of violinist and long-time member Boyd Tinsley for allegations of sexual impropriety. Given their resume and the passionate fan base that the band have built up over the past 30 years or more, there is little doubt that, though the album itself will set few afire, the impending tour will again be an experience to remember.

Br. lives in southern Ontario, grew up on The Beatles and The Journeymen, spent his adolescence immersed in grunge, and his adulthood in British alternative. His greatest joy is seeing his son dance and grow into his own appreciation of the indescribable joy of music...
RELATED ARTICLES
album reviewalbum reviewsrca records
8.0