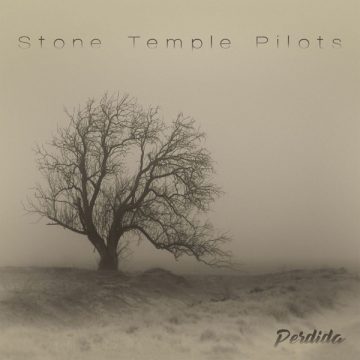 Channelling the beauty and melancholy that is the band’s legacy, Stone Temple Pilots have emerged with Perdida. This is a band, after all, despite being among the greatest alternative rock outfits of the ‘90s, has suffered a tumultuous career that, in the last four years, resulted in the tragic and unexpected passing of founding member and original singer, Scott Weiland, and later Chester Bennington who also briefly sang for the band. The acoustically-driven Perdida sees Stone Temple Pilots return in a strong fashion with Jeff Gut on lead vocals in their first album since their 2018 self-titled release.

Opening with the sorrowful saunter of “Fare Tee Well”, Stone Temple Pilots set a folky and ambient tone, one that engages the listener in its artistic depth. The following track, “Three Wishes” digs even deeper into a rootsy and rustic folk approach while also feeling incredibly welcoming and nostalgic as it features that classic DeLeo chord colouring (think “Pretty Penny”). The first, and perhaps strongest, portion of Perdida culminates with the title track, a stark, Spanish-inspired masterpiece. “Perdida” is equally stark and haunting as it is beautiful and longing – the word translates from Spanish to “lost”. While the record, front to back, is great, it is “Perdida” alone that truly stands as a masterfully-crafted song that exceeds simple brilliance and reaffirms my thoughts on Robert and Dean DeLeo as among the greatest – and most criminally underrated – songwriting duos. Furthermore, Gutt’s emotional delivery of a narrative haunted by its own mystique is incredible.

At this point, I am very much convinced that Perdida is the spiritual successor to 2001’s Shangri-La Dee Da. While almost entirely acoustic, Stone Temple Pilots sound recharged and creatively invigorated. Their soundscapes range from lush – “She’s My Queen”, and  “Sunburst” – to barren – “You Found Yourself While Losing Your Heart” – set over an array of rich guitars, bass, Eric Kretz’ drums, the odd jazz piano, a pair of unexpected flute solos, and the odd, and tastefully-layered, electric guitar. To claim Perdida as a backwards step into the cliché simplicity of an acoustic album is to blatantly misjudge the exceptional songwriting that has been at the core of Stone Temple Pilots since the very beginning.

In essence, Perdida is the sophomore release from Stone Temple Pilots’ current incarnation, and while some may say an acoustic album feels like a lateral move, the musical depth and emotional reach throughout the course of its ten tracks begs to differ as the band digs deep into the artistry that they built and developed their legacy on. Remember, for every “Sex Type Thing”, there was a “Sour Girl”, and for every “Down”, there was another “Atlanta”. Perdida is a breath of fresh air for a band that is continuing to move forward among its own personal losses while also solidifying Gutt’s musical role. Ultimately, Perdida stands as the strongest record from Stone Temple Pilots since their original, 2010 self-titled – with Weiland on vocals – and ushers in a new and exciting chapter for the band.

A passion for music has always been a part of Gerrod’s life. As a young boy, he was raised on a steady diet of the music from The Chili Peppers, Aerosmith, The Stones, Prince, and others from his mum. Raised in the GTA, Gerrod continued to foster his love for music by attending a wide range of concerts and learning the drums. His unapologetic passion for music has no bounds and has spread to a wide variety of styles, whether it be the 90’s rock that sound tracked his teenage years, the jazz he studied in university, or his newfound love for hip-hop. He recently received his bachelors in music and education from York University and is passionate about writing and reviewing good (and less than good) music. Gerrod is also the drummer and songwriter for a Toronto based rock & roll band, One In The Chamber.
RELATED ARTICLES
album reviewalbum reviewsjeff gutt
7.0