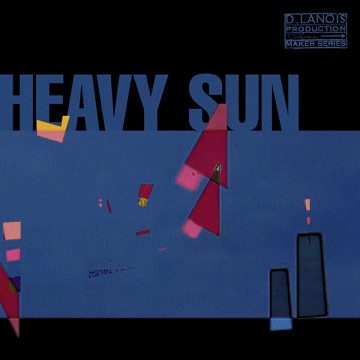 Lanois is a prolific solo recording and visual artist himself, and sings and plays guitar in addition to producing the album. Recorded at his studios in Los Angeles and Toronto, Heavy Sun fuses classic gospel and modern electronics to create a sound that’s both familiar yet unexpected.

As the first release under Lanois’ new Maker Series brand, Heavy Sun’s first two singles and videos,”(Under The) Heavy Sun” and “Power” are great first examples of his wide-ranging repertoire. Other key cuts on the album include “Every Naion,” “Way Down,” “Looking for a City,” and the opening cut, “Dance On,” where Johnny Shepherd shines.

Gerry Young is President of Current Records and Management, and author of the 2011 biography Pop Goes The Weasel: Rock And Roll Off The Record, available at Indigo/Chapters, Barnes & Noble, and Amazon.com. He has recorded and managed Juno Award winning bands Martha And The Muffins and The Parachute Club among others.
RELATED ARTICLES
album reviewalbum reviewsdaniel lanois
8.0