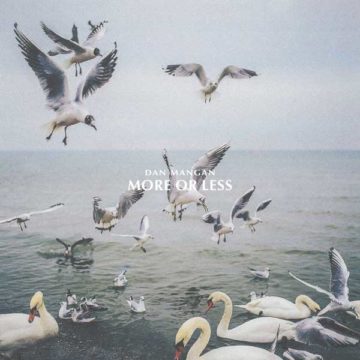 The very best writing about this album was done by Dan Mangan himself via his publicity team on his website. As a description of the album, he explained its genesis as well as his own personal evolution over the past six years or so in which he has taken time away from touring and put more of that time into his family. Likely the most telling was the collection of fragmented descriptors he used to describe the album’s overall sound – “more sparse. Less meticulous. More kids. Less time. More direct. Less metaphor. More discovery. Less youth. More warmth. Less chaos”.

The benefits of that decision are all over this album, not least in the very introspective and heartfelt lyrics, which seem shaped around the time that Mangan has afforded himself with his wife and family. Surely, a line like “Every road feels travelled and we got lost in the struggle/The whole world’s unravelling, well it’s just fear messing with us” from third track “Just Fear” is delivered with the cautious pessimism that only a parent could channel with this much authenticity. Equally so is the line “I don’t know where the gig is, I don’t know if it’s cool/But I still get lost in it, and I’ve got more to lose” taken from “Cold in the Summer”.

The results are not all sweeping successes, but the overall feel is one of warmth and possibility, if not outright optimism. Clearly Mangan has felt the impacts of being a parent and full-time adult, shaping both his approach to recording and the style of his lyrics, if not his now-well-known vocal delivery. If you’re looking for a way into this album (though even a quick listen from anyone whose first filter is that of a parent will likely be hooked), the standout tracks are “Peaks and Valleys” and “Fool For Waiting”.

Br. lives in southern Ontario, grew up on The Beatles and The Journeymen, spent his adolescence immersed in grunge, and his adulthood in British alternative. His greatest joy is seeing his son dance and grow into his own appreciation of the indescribable joy of music...
RELATED ARTICLES
album reviewalbum reviewsarts & crafts
9.0