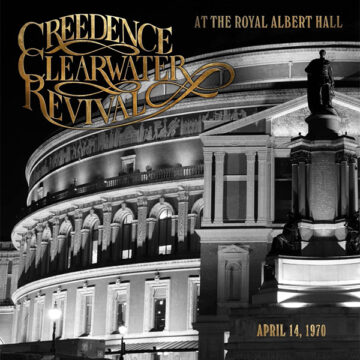 It turns out that revival was always the key word with Creedence Clearwater Revival and John Fogerty, the band’s mastermind.

And it is not only the fact that CCR’s musical focus was on the revival of the high energy essence of rock and roll and it often resorting to rock classics like “Good Golly Miss Molly”. It seems that revival for them also meant that the most intricate thing in music is doing things simply, as being good at simple usually turns out to be the most complex thing in music.

At the same time, revival has another essential meaning with CCR. At the time, that Fogerty, his brother Tom and the rest of the band were most popular with the audiences, they were also the ugly ducklings with the predominant number of rock critics at the time who were so enamored with “complex” prog rock of the day.

As time went by, the mood of the critics changed, and there was a serious re-evaluation and revival of CCR’s music. A deserved one at that. As far as the audiences were concerned, CCR never went away.

The confirmation of all of the above actually lies in the issue of Creedence Clearwater Revival At The Royal Albert Hall, recorded at the famous London concert venue back in 1970. The tapes of the concert lay in the vaults for over 50 years now and after excellent remastering prove a fact that is even more obvious these days – Creedence Clearwater Revival is and remains one of the greatest rock bands of all time.

Formerly a lot of things, including a journalist and a translator, currently a freelance writer living in The Netherlands.
RELATED ARTICLES
album reviewalbum reviewscraft recordings
8.0