SPILL ALBUM REVIEW: CITY AND COLOUR – IF I SHOULD GO BEFORE YOU 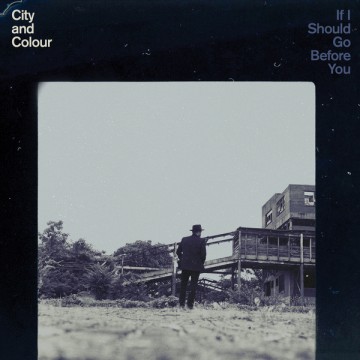 City and Colour’s brand new album, If I Should Go Before You was released earlier in October to the delight of a very loyal fanbase. The album is one that can only be described as extremely contradictory. It seems that during the creation of this album, Dallas Green and his team had so many creative urges and inspirations that were pulling them in all kinds of opposing directions, until they finally just decided to incorporate every single inspiration into this giant cornucopia of sound. But that’s not to say it doesn’t work.

This album can only be described as having something for everyone. Tracks such as “Friends” are for the City and Colour fans who find comfort in consistency and will be fans of the familiarity that songs in City and Colour’s usual style can offer. However, for those that are eager to see Dallas break the mold and try something new, songs such as “Killing Time”, and “Woman” (arguably the best song of the album), offer a more rousing, upbeat sound that listeners have yet to see. While this certainly keeps things interesting, it can also make things hard for a first time listener who is trying to get a feel for the kind of sound City and Colour has to offer. But that being said, there is definitely something for everyone on City and Colour’s new album, new listeners and seasoned fans alike.

SPILL ALBUM REVIEW: CITY AND COLOUR – IF I SHOULD GO BEFORE YOU

Here's what we think...
Spill Rating
Fan Rating
Rate Here
New Criteria
10
23.7
6.0
Total Spill Rating
23.7
Total Fan Rating
5 ratings
You have rated this
Album Reviews
album reviewscity and colourdallas greendine alone recordsif i should go before you
album reviews, city and colour, dallas green, dine alone records, if i should go before you
About the Author
Maya Koparkar

Maya Koparkar is in her second year at McGill University, where she is currently studying International Development and Political Science. She is very passionate about social issues both international as well as close to home, and has blogged and written for various publications surrounding these sorts of topics. She is also very passionate about music and enjoys all sorts of genres and styles. You can follow her on Twitter at mkoparks.
RELATED ARTICLES
album reviewscity and colourdallas green
8.0