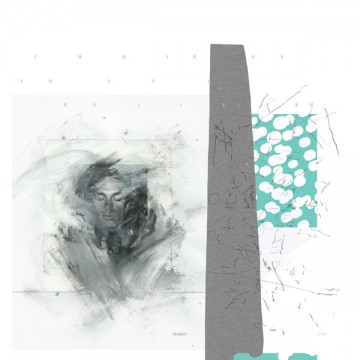 Artists disguising themselves through the use of alter-egos in order to reinvent their sound is not that uncommon in pop music. Sometimes this formula works (think of the Beatles during their Sgt. Pepper period) and sometimes it doesn’t (Prince’s unpronounceable “Love Symbol #2” era).

The Choir of Young Believers have attempted to reinvent themselves in a similar fashion with their latest release, Grasque, but unfortunately they fall into the latter category.

When their frontman, Jannis Noya Makrigiannis began working on the album, he wasn’t quite sure if it would end up being a COYB album. While not motivated to write with his usual methods (guitar and piano) he took inspiration from a pocket sampler, a Christmas gift from his mother. He began experimenting with genres ranging from hip-hop to techno while writing it as an imaginary band, Grasque, in order to showcase these new influences.

The album begins with the ambient track, “Olimplskly,” which sets the tone of the overall dark and lush soundscapes that are to follow. It quickly fades into the Depeche Mode-like “Serious Lover”, one of Grasque’s highlights.

Grasque is somewhat dodgy from there on. It is very clear that this album is a departure in style from its predecessor, Rhine Gold, which maintains a ‘70s vibe. By contrast, Grasque is dominated by synthpop and lush power ballads.

The album’s biggest downfall is the mellow ‘80s pop that is present on every track. While it works sometimes, it grows stale after the halfway point due to its lack of versatility. Makrigiannis attempts to throw the listener the occasional curveball with more exotic songs like “Verserne” and “Perfect Estocada” but they feel too out of place.

For all of its faults, Grasque does have some redeeming moments, “Cloud Nine” being one of them. Makrigiannis’ layered vocals really get a chance to shine on this pop-gem.

However, it is the experimental title-track that stands out. The song is divided into two parts: a moody-psychedelic intro, which then flows effortlessly into an infectious electronic jam, all the while Makrigiannis’ vocals echo in a reverb drenched trance.

The lack of structure or as Makrigiannis puts it “giving it a bit more space” does work for a few tracks, but he pushes it to the point where it becomes repetitive, making the majority of the album forgettable.

As a child growing up in the suburbs, Ryan found music as a way to soothe his boredom. After first hearing AC/DC at the age of 10, he was hooked on music. Tracing its roots to the ‘50s, he became obsessed with Elvis, Buddy Holly and Chuck Berry. Somehow that led to grunge, then psych-rock, then jazz, etc. The list goes on and on and his collection of vinyl records continues to grow.
RELATED ARTICLES
album reviewschoir of young believersghostly international
8.0