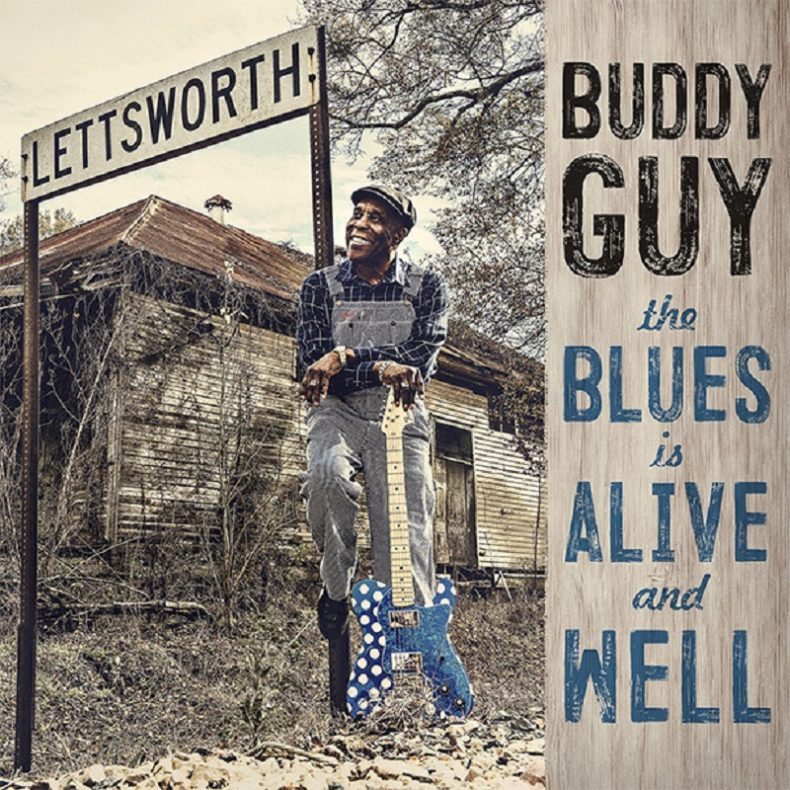 Fresh off the heels of a thrilling performance for the closing of NYC’s B.B. Kings Blues Club and Grill, multi-Grammy Award winning blues icon Buddy Guy announces the upcoming release of his brand new studio album, The Blues Is Alive And Well.

Set for a June 15th release on Silvertone/RCA Records, The Blues Is Alive And Well features guest appearances by Mick Jagger on “You Did The Crime,” Keith Richards & Jeff Beck on “Cognac,” and James Bay on “Blue No More.” Grammy Award winning producer/songwriter and longtime collaborator Tom Hambridge produced the album.

The Blues Is Alive And Well is the follow-up to Guy’s 2015 critically acclaimed album Born To Play Guitar, which debuted at #1 on Billboard’s Top Blues Album charts. The album marked Guy’s fifth #1 album on the chart and twelfth Top 10 Billboard Blues album.

In his quest to keep the genre vital, Guy chats about the origin of southern blues and performed on David Letterman’s Netflix series, My Next Guest Needs No Introduction, which aired May 4th.

At 81 years young, Guy proves that it gets greater later as he continues to record and tour around the world with performances at the New Orleans Jazz & Heritage Festival, Austin City Limits Live at the Moody Theater and more (click here for full touring schedule).

The Blues Is Alive And Well Tracklist

SPILL NEWS strives to keep our readers up to date with news and events in the music industry. We keep you informed of the most recent information regarding new releases, tour dates, and information items about your favourite artists.
RELATED ARTICLES
buddy guydavid lettermanjames bay