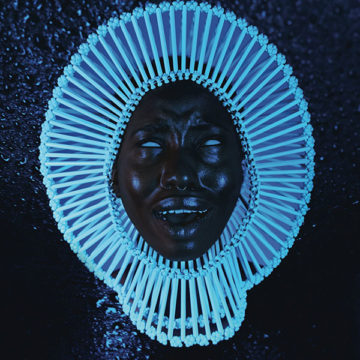 When was the first time you discovered Donald Glover? Was it through his music as Childish Gambino? His standup? His writing on “30Rock?” Perhaps it was when he was an actor in “Community?” Or have you recently discovered his brilliance in the much-acclaimed “Atlanta?” With all the accomplishments he’s got under his belt, I found it surprising that people were as surprised as they seemed to be when it was announced that he was cast as Lando in 2018’s Han Solo movie.

As an early fan of Childish Gambino, I’ve missed him. While I thoroughly enjoy and binged through “Atlanta,” I was eager for a new album. His recently released (December 2, 2016) Awaken, My Love!, was worth the wait. This is easily his best album yet.

From the stunning cover artwork, Awaken, My Love! is a sharp departure from the Childish Gambino we have heard in previous releases. Rap is no longer the focus, and has been released by funk. “Take us to church” is wildly overused when describing what I feel is music that touches deep into your soul, bringing out feelings that swell through your entire being, but that is precisely what this album does. Upon first listen, I almost wanted to rush from one song to the next just to hear more. It took at least two more plays of each song until I could internalize all that each song conveyed and made me feel.

The album’s first track and lead single “Me and Your Mama” shows that just when you think Glover can do it all, he one ups even himself, showcasing his impressive and capable falsetto. Drawing you in with a rich gospel choir and intense emotions, this song sets the tone for the emotional experience the album inspires. Throughout the 11-track album, Glover explores a variety of themes. Sometimes simple, other times complex, he looks into feelings about fatherhood, politics and his most common – love. Knowing that Glover is a new father makes the lyrics and emotions behind “Baby Boy” all the more touching.

I think critics of this album are looking at each song as they stand on their own, rather than looking at how the 11 tracks fit into a full idea, Glover is showing us. On their own, the lyrics for “Zombies” “All I see is zombies/ Walking all around us/ You can hear them coming/ (They come to take your life)/ You can hear them breathing/ Breathing down your spine,” could be a bit silly, but when combined with the lyrics of “Boogieman” and “Riot,” they flesh out the themes of fear and hopelessness, uniting the tracks. “Riot” has come at the perfect time – with recent political events, our world can feel disjointed, friends are becoming strangers, and Glover has captured that feeling in the lyrics “No good fighting/World, we’re out of captains/Everyone just wants a better life.” Don’t we? Isn’t that what we’re the most concerned about, post-election? That we WILL be offered a better life?

Awaken, My Love! makes it evident that Glover is a scholar in musical history. Whether it is George Clinton or Funkadelic or Prince, Sly and the Family Stone or Outkast, listeners will recognize the influences that went into the making of this album. What we see from Donald Glover the actor and what we hear on this album feels more like Childish Gambino and Glover have begun to merge into the same person more than we have in previous albums or mixtapes. Awaken, My Love! feels more like a narrative, or a glimpse into the man inside.

Lucy Rendler-Kaplan is a native Chicagoan, recently returning home after 10 years in Los Angeles. Having worked in field marketing for the past 17 years, Lucy recently left corporate America to work as a consultant. When not running, Lucy can most often be found out with her dog, watching an NFL game, or listening to live local music. Passionate about writing, Lucy enjoys writing about music in lieu of playing it.
RELATED ARTICLES
album reviewsawaken my love!childish gambino
9.0