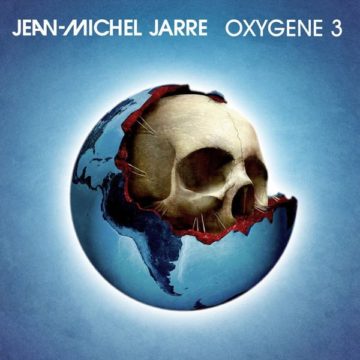 Almost forty years to the day of the original album, Oxygène, comes Oxygène 3. For those familiar with this electronic wizard’s music, no explanation is necessary. For those who are only now becoming aware of this artist, Jarre has been making groundbreaking electronic music since the mid 1970’s. His last two albums, of collaborations, while interesting, were not his usual releases and so this album is a welcome return to what he does best. Moody, layered, electronic audio landscapes. Perhaps not as groundbreaking as his previous albums, this album is full of unusual melodies that create emotions, and at times while listening oxygen begins to disappear in the room. Listen with headphones for the ultimate trip.

This album could have served as the soundtrack for Stranger Things (not that there is anything wrong with those soundtracks, but lets face it, the music for that show is clearly influenced by Jarre).

The listener will notice immediately that this picks up 1997’s Oxygène 7 – 13, the album starts with #14 (indeed one can purchase a boxset with all three of the albums collected together with a beautiful book outlining all instruments used). A rare feat to pick up something 19 years later, but he succeeds. These soundscapes are beautifully recorded and it plays so easily, and for this listener, perfect soundtrack for the upcoming winter months.

This is Jarre’s 19th studio album, and if this is any indication, he has a great deal to offer before he turns off his synthesizer. A highly recommended album Switch off the lights, settle back and listen. Best advice for the whole experience of this album.

Born and raised in Whitby, Aaron discovered music through his love of The Beatles. This led to a career in radio, writing for various publications, and ultimately a radio show about The Beatles (Beatles Universe), which ran for over four years. When not immersed in music, Aaron enjoys spending time with the loves of his life -- his wife Andrea, and daughters Emily and Linda (all of whom have an intense love of music too).
RELATED ARTICLES
album reviewsjean-michel jarreoxygène 3
8.0