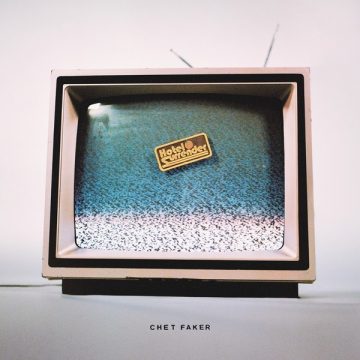 To call it his sophomore release is a bit if a misnomer – while this is technically the second Chet Faker album, it is the fourth album released by Nick Murphy, the man behind the Chet Faker name. Murphy dropped the alias in 2016 and began performing under his own name, releasing two albums before reviving his original pseudonym in October 2020.

But, let’s go back to the monologue, a pretentious selection of vague musings about music. While intended to sound deep or reflective, it comes across as over-serious and empty, as if Murphy is channeling Matthew McConaughey behind the wheel of a Lincoln.

Fortunately, things get better once the actual music starts. Murphy obviously has a tangible sense of groove, aided by Dave Fridmann’s spacious production. The bass is the highlight of Hotel Surrender, providing the backbone and establishing the swagger that is clearly intended to define the album.

However, the obviousness of this intention actually defeats the purpose. As we encounter countless similar tracks with titles like “Get High” and “Feel Good,” it is evident that Murphy is trying to convey a sense of cool that is beyond his grasp precisely because he is so obviously reaching for it. You can’t look cool while trying hard to look cool.

While the sense of groove is strong, the songwriting feels underdeveloped. Most of the choruses feature Murphy repeatedly singing the song’s title. These sluggish melodies make the music feel purposeless, a feeling that only increases as the album goes on.

As a whole, the album feels very familiar. The similarity of the songs is repetitive, but it also feels very much within Murphy’s comfort zone. In the same way that he revived the Chet Faker moniker, it feels like he is rehashing an old style rather than bringing in something new.

This style is that of any indie falsetto crooner from the early 2010s. “It’s Not You” could be a James Vincent McMorrow song without changing anything. There is a bit of James Blake on “I Must Be Stupid,” a track that is lyrically dull, but musically interesting, with multiple vocal harmonies and an electric guitar solo. “So Long So Lonely” and “Peace of Mind” are both reminiscent of Bon Iver, but lack the artistry, experimentation, and pathos that Justin Vernon brings to his music.

In describing the track “Feel Good,” Murphy says “the song is called ‘Feel Good’. The song is about feeling good. The video is me feeling good. Anymore talking is just gonna kill the vibe.” This has the same vapidity of the opening monologue – too much style without substance. Music does something, indeed.

Kieran Davey is a freelance writer and music enthusiast from Vancouver, Canada. He particularly enjoys alternative rock, groovy hip-hop, and basically any music from the 60's. Aside from reviewing music, he also loves playing guitar and spending time in nature.
RELATED ARTICLES
album reviewalbum reviewschet faker
8.0