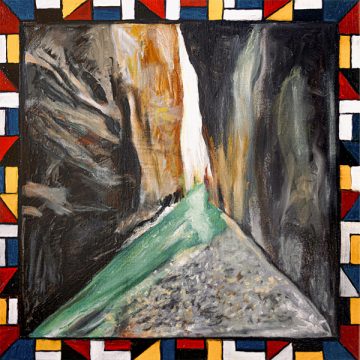 Bryan Away
Canyons To Sawdust
Independent

There are so many sounds around that have been dubbed as Baroque pop, that quite a few of those actually have no connection with either Baroque or pop.

The phrase that was coined back in the second part of the sixties was first connected to the inimitable sounds of The Left Banke on one side of the ocean and Duncan Browne on the other.

But what can you really label as Baroque pop these days that would be comparable to either of the above two artists, as examples? And, you won’t have to go any further than Canyons to Sawdust, the latest album by Chicago’s Elliot Korte, aka Bryan Away.

On the album, Korte is fully submerged in bringing the best of classical composition and orchestration to pop/rock and adding layers of standard rock instrumentation and vocals to create something that easily brings to mind a single word – lyricism.

And you can immerse yourself in bucketful of that lyricism (both musical and lyric-wise) on Canyons to Sawdust, anywhere on this album, whether it is the starting point of “Well Alright Then,” “The Lake,” or the concluding “Special.”

Actually, as hard as you may try, it is almost impossible to pick a weak point on the album, making it easily already one of the contenders for the best of the year list.