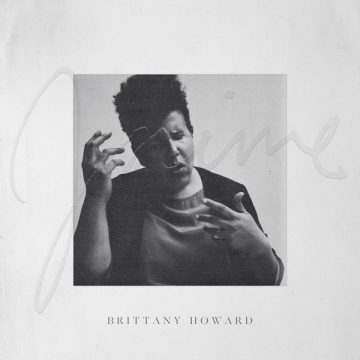 Brittany Howard dominates in her debut solo album Jaime. The guitarist and vocalist of Alabama Shakes simply can’t conform to any musical style on this creation, and the result is formidable.

The album’s callbacks to gospel, blues, and funk are modernized by occasionally synthesized instruments and distorted guitars. Lyrically, Howard spans badassery to sensitivity over the course of the 11 tracks.

Her range is showcased differently in each song, from the almost frantic vocals in the funky “History Repeats” to the crooning crescendos in the pared-down acoustic ballad “Short and Sweet.”

The messages on the album are mighty ones, and wrought with emotion. “Goat Head” tells the shocking story of one of Howard’s experiences growing up a mixed-race child in Alabama. “What I wanna know is/Who slashed my daddy’s tires/And put a goat head in the back.”

“13th Century Metal” is a metal-inspired track which uses keys in place of crunching guitars. It oozes power and promotes inclusivity with the mantra “I repeat: We are all brothers and sisters.”

Closing track “Run to Me,” despite its deceptively simple lyrics, stands out with its irresistible reverb-y ‘80s snare hits and wavering synth keys. It’s a haunting outro to a spectacularly diverse and emotional album.Upon Jaime’s 1000th spin, it would still be possible to be surprised and affected by Howard’s virtuosity.