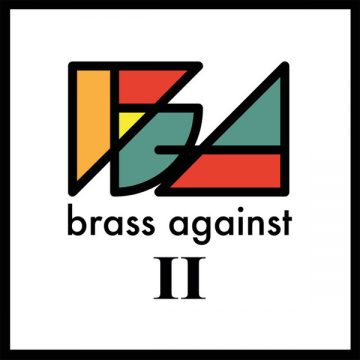 Cover bands are a tricky thing in nowadays. While most remain in the pubs or corporate events playing to nostalgic audiences, some have found a way through social media and the internet to truly standout through offering beyond interesting interpretations of other people’s music. Brass Against is not only a band of the latter category, they’re also among the best. The brass led rock/prog/metal band has returned with their second album, Brass Against II – following their 2018 debut. Still largely driven by the work of Rage Against The Machine, Tool, and Audioslave, Brass Against II is yet another step forward from the internet’s favourite cover band.

Opening with Tool’s “Lateralus”, Brass Against, with vocalist Samuel Hope, kicks off their sophomore release with a nine-minute epic that demonstrates a level of sophistication in both performance and orchestration. This is a massively building song full of peaks and valleys and where the band could have settled on the simple gimmick of performing brass led rock covers, they are obviously leaps and bounds ahead of this with a rich sense of arrangement in a fashion that breathes new life into such classic material. The album also features a truly incredible cover of “The Pot”, also from Tool, with stellar vocals from Sophia Urista.

The record continues forward with an unrelenting sense of fury, and a raw sense of energy and power. With covers of Rage Against The Machine’s “No Shelter”, “Maggie’s Farm”, and “Know Your Enemy”, and Audioslave’s “Show Me How To Live” and “Gasoline”, it is truly difficult to pick even a handful of tracks to be among the strongest that Brass Against II has to offer. That being said, the inclusion of Black Sabbath’s “War Pigs” and Jane’s Addiction’s “Mountain Song” provides a different sense of tone, energy, and pacing to the record. Regardless of what artist they are covering, Brass Against seamlessly blend brass with conventional rock instrumentation in ways that are simply brilliant.

While they do not release their own music, to continue to refer to Brass Against as a cover bad feels like a disservice. Their arrangements, tonal adjustments, and ferocious performances are truly that of their own and manage to feel fresh and exhilarating. Rather than sending me back to the original artists after the ninth and final track concludes, Brass Against II remains on repeat purely for its innovation while staying true to the nature of the original material. Brass Against is a band unlike any other, performing music that is proving to be timeless – and as relevant now as it was then – in a manner that you’ve never heard, ultimately making Brass Against II a late contender for one of the stronger rock records of the year.

A passion for music has always been a part of Gerrod’s life. As a young boy, he was raised on a steady diet of the music from The Chili Peppers, Aerosmith, The Stones, Prince, and others from his mum. Raised in the GTA, Gerrod continued to foster his love for music by attending a wide range of concerts and learning the drums. His unapologetic passion for music has no bounds and has spread to a wide variety of styles, whether it be the 90’s rock that sound tracked his teenage years, the jazz he studied in university, or his newfound love for hip-hop. He recently received his bachelors in music and education from York University and is passionate about writing and reviewing good (and less than good) music. Gerrod is also the drummer and songwriter for a Toronto based rock & roll band, One In The Chamber.
RELATED ARTICLES
album reviewalbum reviewsfootnote records
9.0