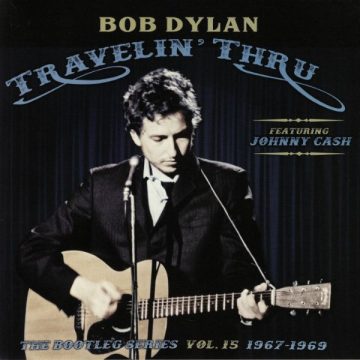 The 15th chapter of Bob Dylan’s Bootleg Series is out, and it’s the best one yet. The 10-time Grammy Award-winning musician’s newest album consists of a collection of 50 songs, each one allowing fans to get an inside look as to what the first and second recordings of all their favourites sounded like. Here, Dylan can be heard singing alongside the talented Johnny Cash as they sing in effortless harmony.

On thi album, fans are able to hear changes made between the first two takes. You can hear the discussion of what would make each song just that much better. Hearing two of the greats converse, joke around, fumble with their songs, and truly just enjoy the music is a beautiful thing to witness.

It’s filled with beloved Dylan songs including “Girl From The North Country” and “All Along The Watchtower”. Here as well are some of Cash’s most popular songs, “Ring of Fire”, “Folsom Prison Blues”, and “I Walk The Line”. This album is a must for any music fan who would love to get a peek into the recording process of two legendary musicians.

Bianca Mazziotti has been a music addict ever since she was six-years-old and won an acoustic guitar in a contest. Her passion for music only continued to grow, and you can now find her enjoying live shows all over Toronto. She hopes to continue combining her two passions, music and writing, well into the future.
RELATED ARTICLES
album reviewalbum reviewsbob dylan
8.0