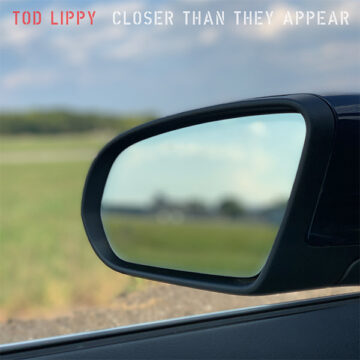 There are two basic criteria to judge a covers album. One is the choice of the covers, the other is the way they are (re)interpreted and/or re-imagined. And usually each of those is usually quite dependent on the other. Basically, good taste in most cases brings along some (very) interesting interpretations.

That is exactly the case with musician and publisher Tod Lippy and his all-covers album Closer Than They Appear. Lippy will probably be known to some potential listeners as the creator of the multi-disciplinary awards-winning journal Esopus. This already should indicate that Lippy is not taking the usual covers route of covering the better-known songs around, although quite a few listeners will be familiar with Tom Petty and “Don’t Come Around Here No More”, that opens the album.

But, from there on, Lippy tackles some other familiar ones,  and some quite not so known names and their songs, form American Music Club, The NoTwist, Lucinda Williams, Atlanta Rhythm Section, Frightened Rabbit and Bedhead, as well as to remixes of his previous two covers.