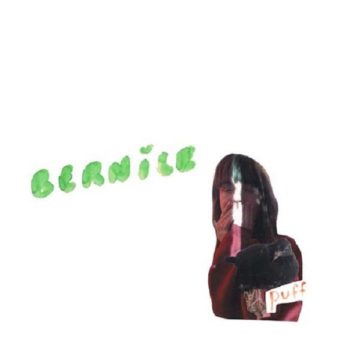 Puff cannot be easily described, much like Bernice itself. The EP is the first of the band’s releases with label Arts & Crafts, and lives somewhere in the realm of synth indie soul. Robin Dann is the dreamy voice and pen behind Bernice, and with the help of Thom Gill (keyboard), Colin Fisher (guitar), Dan Fortin (bass), Felicity Williams (supporting vocals), and Phil Melanson (drums), has managed to create some of the most hypnotic sounds of the year.

The five track playlist is a teaser for the eleven songs that Bernice is said to release later in 2017. The first single, “St. Lucia”, came to us in November of 2016, and manages to encapsulate much of what Bernice puts out: colourful, experimental, and fitting for both a solo car ride and a dance floor. The hints of tropical house throughout the song make it one of those addictive tracks that you hum throughout the day and play on repeat. While the beat is heavy, Dann’s voice is never overpowered, even in its almost transparent sound. This theme continues throughout the rest of Puff, especially in the second single, “Don’t Wanna Be European.” The same vibrant beat is here, matched with more emotional lyrics and a woozier feel. This helps to set the scene for “David”, easily the saddest song on the playlist (“David” is the only track not produced by Grammy award winning Shawn Everett of Alabama Shakes, but by Matt Smith of Owen Pallett). The latest single comes from track number four, “Talking About Her”, which Dann explains as being about “friends talking about friends, talking about friends — why we all do it and why we can’t help it. And how it’s sometimes hurtful, but ultimately, probably ok, and how really we just love each other.” The EP ends with “Gemini”, an alluring and slow track that jolts you with energy when you least expect it.

On the whole, Puff is mesmerizing. The complex production and the ups and downs of each track have not only created a totally unique sound, but sparked excitement about what’s to come. Suitable for almost any mood or setting, this one is definitely worth a listen.