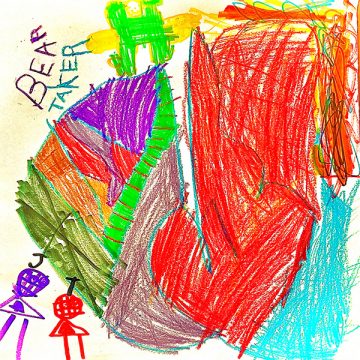 Canadian two-piece pandemic collaborators Jeremy Widerman (Monster Truck) and Theo McKibbon have reunited following the release of their debut EP, Total Disgrace, in April 2020. Their latest release, Virtuous Signal is a three-track EP that builds off their debut with a heavy assault of pent-up, hard-hitting rock.

Virtuous Signal opens with the full charge and driving guitar riff of “New Man”. The song takes what seems to be a straight-ahead musical concept only to take a complete left turn in the pre-choruses with a melodic and rhythmic shift that brings a strong alternative and modern dimension to the song. As a result, “New Man” feels bold and experimental in its songwriting. On top of the crunching guitars and the shifting tone of the song, the vocals on the opening track are forceful, assertive, and entirely off the rails with Widerman’s voice set at an aggressive belt for the duration of the song. “New Man” sets the tone for the EP with a full throttle performance.

Mixing things up is the title track, “Virtuous Signal”. The song opens with a slow sludgy, bluesy, acid washed jam reminiscent of both Black Sabbath and Alice In Chains. The song abruptly erupts into a fast-paced punk banger, only to shift back into the slow trance of the stoner blues of which the song opened with. In any regard, “Virtuous Signal” is an experimental song that breaks all boundaries and, yet it strangely feels anthem-like when it has gone full-tilt. The EP comes to a close with the high-octane rock of “(Not) The Chosen One”. The grungy hard rocker holds its own against the heaviest of tracks from the likes of Soundgarden and Alexisonfire, and ultimately, while it is the most straightforward of the three tracks, it brings Virtuous Signal to a climatic close with relentless performance.

While only three songs in length, Beartaker hold no punches on Virtuous Signal. The EP is a whirlwind of modern rock and metal that remains fresh, exciting, and, above all, dangerous as all hell. Despite this however, it would be fantastic to get a longer release from the duo as Virtuous Signal seems to surpass the excitement of their debut EP with a raw and unbridle performance that is only sharpened by an experimental songwriting voice. It’ll be over as fast as it started, but Beartaker’s Virtuous Signal is a record you’ll keep on repeat.

A passion for music has always been a part of Gerrod’s life. As a young boy, he was raised on a steady diet of the music from The Chili Peppers, Aerosmith, The Stones, Prince, and others from his mum. Raised in the GTA, Gerrod continued to foster his love for music by attending a wide range of concerts and learning the drums. His unapologetic passion for music has no bounds and has spread to a wide variety of styles, whether it be the 90’s rock that sound tracked his teenage years, the jazz he studied in university, or his newfound love for hip-hop. He recently received his bachelors in music and education from York University and is passionate about writing and reviewing good (and less than good) music. Gerrod is also the drummer and songwriter for a Toronto based rock & roll band, One In The Chamber.
RELATED ARTICLES
album reviewalbum reviewsbad ideas
8.0