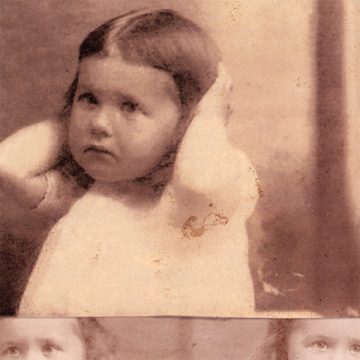 To celebrate the 20-year anniversary of their self-titled debut album, Azure Ray has some treats instore for fans.

Maria Taylor and Orenda Fink, the melodic duo behind Azure Ray, are not only releasing the album on vinyl for the first time, but they are also including an extensive photobook storying their career.

Just in case you’re not a major fan Azure Ray, the bonus track included in the digital version is actually pretty great. “Witches” is an unreleased track from the original recording sessions, and the easy country-styled melody is a sweet wrap-up to the album. The track feels like the rush of new love in the high heat of an August summer evening. But it is the chorus that really stands out as Taylor and Fink create this beautiful vocal harmony that rises and falls, almost like a breath.

At the end of the day, the rerelease of this album is a great way to draw in new listeners who may be discovering Azure Ray for the first time. For longtime fans, the added treats are tantalizing enough to make you fall in love with Taylor and Fink all over again.

Samantha “Sam” Stevens is half a music journalist, and half an academic scholar. With a graduate diploma and MA in Journalism, Sam has covered musicians all over the world and her work has appeared in Guitar Girl magazine, North Bay Nugget newspaper, The Link newspaper, and a few others. She even founded and managed her own music blog The Littlest Voice for 5 years, in which the spotlight was thrown on new and emerging indie artists around the globe. Currently, Sam is a PhD student at Carleton University in the School of Indigenous and Canadian studies where she is continuing her MA research on colonial language in Canadian news and government institutions.
RELATED ARTICLES
album reviewalbum reviews
6.0