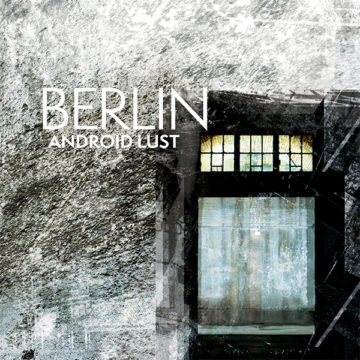 From the second the needle drops, you know you are in new and uncharted territory. It says Berlin, but this is Android Lust’s Berlin, not the city you know. From the opening sound until the fading notes, this is not so much an album, but an escape. The listener becomes surrounded by the sounds Android Lust have created, and are invited into their Berlin.

Android Lust is really one person, the extremely talented Shikhee. Berlin//Crater Vol 2  is the sixth album under the name Android Lust. Besides being fascinated by cities, Android Lust also provides the perfect soundtrack for densely urban landscapes. Berlin//Crater Vol 2 was recorded in and inspired by the city Berlin. This not so much a tribute to the city but rather the sound of the city, recorded, manipulated and turned into one incredible album.

The music is not conventional, not even by electronica standards. Shikhee is brilliant at recording sounds and turning them into her own form of music. The listener does not know what she has used or what she has recorded and that is the point. You don’t look behind the curtain for the wizard, just enjoy the sounds. It is not an audio travelogue of Berlin. This is organized, manipulated sound. It is well worth your time. For me, this is the type of album that demands your attention. This is not wallpaper music to be on in the background. No, this is music that grabs you by both ears and takes you down into her world.

For the most part the songs are instrumental. The one song with standard lyrics, “Daughters of Dawn” is probably the most conventional song on the album. It is an excellent choice for the first single. It does not, however, do a good job in representing the whole album. “Daughters of Dawn” has some solid, retro synthesizer playing and she uses this sound to flush out the melody. But do not be fooled, the rest of the album is much more adventurous.

The album is well structured and flows beautifully. To my ears, there are moments that reminded me of Low by David Bowie. Not that she copies the album, but more of the vibe and overall feeling from that album. At times the album reminds me of Gary Numan more than Bowie. It is such a wonderful mixed bag of sounds and effects, but what she does do is mix moments of sublime beauty with harsh industrial sounds.

This brings to mind the manner in which she writes. The sounds are incorporated with classic synthesizers (a welcomed sound in 2017) and loops. This allows the album to be an energetic and excellent listening experience.

Fans of electronica or industrial will enjoy this album. She plays all the instruments on the album and did the album by herself. I for one would like to see her perform this live, as I think there would be even more richness from hearing these songs in a live venue. However, as it is, Berlin//Crater Vol 2 is a brilliant album.

Born and raised in Whitby, Aaron discovered music through his love of The Beatles. This led to a career in radio, writing for various publications, and ultimately a radio show about The Beatles (Beatles Universe), which ran for over four years. When not immersed in music, Aaron enjoys spending time with the loves of his life -- his wife Andrea, and daughters Emily and Linda (all of whom have an intense love of music too).
RELATED ARTICLES
album reviewsandroid lustberlin//crater vol 2
9.0