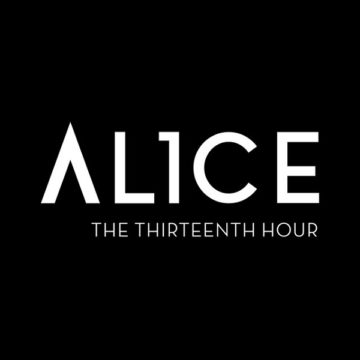 Al1ce, a collective of musicians, visual artists, filmmakers and other creatives based out of Los Angeles, have released their latest album The Thirteenth Hour. Formed by former members of the band Mankind is Obsolete including Gordon Bash, Tash Cox, and Scott Landes, the collective fuses musical influences from the like of Pink Floyd, Queen, and Tool as well as new wave and electronica to create a sound that may remind some people of The Birthday Massacre and to others of Delerium. The Thirteenth Hour is a truly eclectic collection with songs that veer to the moody and mystical.

The first few listens of The Thirteenth Hour take a bit of getting used to as it’s not exactly clear at first what to expect from it. What threw me is their inclusion of a cover of Genesis’ “Land of Confusion” as the second track on the album. Being quite familiar with the original and other more notable covers of the song, this version is a bit too light and airy for my liking and doesn’t hit the same emotional notes that the original song begs for. As the rest of The Thirteenth Hour hits darker and deeper tones, this seems out of place or at the very least, should be included later in the album.

But it is the rest of the album that does hit on familiar themes and emotions that are darker and more grounded that strike chords and where Al1ce begins to bare resemblance to the trip-hop and atmospheric sound of Delerium – songs like “Wide Awake”, “Silent Night”, and “Moonbeams” are definite standouts on the album. Guitarist Scott Landes offers up a great guitar solo in “Wide Awake” while the basslines by Gordon Bash in “Locked Within” and “Condemned” are truly solid.

Vocalist Tash Cox has one of those voices that stay with you – her vocals on this album are haunting, eerie and mesmerizing, she’s a superb talent with great range and control both of which are highlighted in “Can You See the Stars Cry” and “Silent Night”.

The Thirteenth Hour is a decent album that covers a wide range of emotional undertones within their music, with plenty of note-worthy songs to make this album something that will get plenty of repeat play in my collection. As a musical collective, Al1ce contains some powerhouse talents that are making waves in the rock and electronica music scenes and they are definitely worth keeping an eye on.

Samantha is both a writer and a fan of the arts and has been able to find numerous ways to pair the two. Eager to dive head first into writing for Spill, Samantha is an avid partaker and reviewer of live art in Toronto serving as an editor at Mooney on Theatre exploring live local theatre, she's a photojournalist for Go Globehopper, a travel, dining and tourism blog that focuses on Toronto and abroad and previously for Lithium Magazine. She's passionate about music, theatre, photography, and writing -- not necessarily in that order. She drinks tea more than coffee, prefers ciders over beers, and sings karaoke way too loudly. You can follow her on various social media including Facebook, Twitter, and Instagram.
RELATED ARTICLES
album reviewalbum reviewselectronic
9.0